Biden’s handlers are hell-bent on destroying the U.S. military’s warrior ethos and patriotism: Here’s another example

It sickened us to watch the Marxist deep state steal the 2020 election from Donald Trump because we knew there would be far-reaching consequences for our country.

Nevermind that the brain-fade Biden signs executive orders and diktats like a potentate.

The border crisis is peanuts compared to what his handlers are doing to the U.S. military, the absolute last apolitical bastion of patriotism.

Just today the Pentagon announced that it is reversing the Trump-era ban on transgenders serving in uniform – as if our noncoms didn’t already have enough PC BS to deal with.

And now, the Pentagon, under that partisan flack of a SECDEF Lloyd “White Supremacists Are Everywhere” Austin, DoD is conducting an ‘investigation’ into alleged cover-ups of alleged ‘war crimes’ committed by U.S. forces.

This sounds an awful lot like a big-ass witch hunt to jam up some good troops whose only real crime is not towing the leftist line.

Just the News has more:

The Pentagon in January launched a wide-ranging investigation into two major U.S. military commands to determine whether their leaders properly handled reports of unspecified war crimes by American forces.

The Pentagon Inspector General informed top military officials about the investigation in a memo dated five days after President Biden was sworn into office. The Jan. 25 memo does not mention specific war crimes nor suspected crimes; but states that U.S. Central Command and U.S. Special Operations Command, both based in Tampa, Florida, are subjects of the inquiry.

Both commands have played a significant role in recent conflicts around the world, including Afghanistan, Iraq, and elsewhere.

Check the date of the memo: Four days after Biden hobbled into the Oval.

“This is a fishing expedition to further drive the reputation of the military into the mud,” said former CENTCOM officer Wolf Wagner, who served three tours in Iraq. “They want to re-litigate anything they thought was a war crime.”

“The vast majority of the Special Operations community are out there doing the right thing,” Timothy Parlatore, who represented now-retired Navy SEAL Eddie Gallagher in the war crimes case that he was acquitted of, said. “A lot of allegations of war crimes are overblown by the enemy and by some in the media. I hope this won’t cause more problems than is necessary.”

“Anybody who fought any battle in Iraq and Afghanistan has to worry about whether they are going to be investigated,” Wagner added. “It’s second-guessing the soldiers.”

Parlatore noted further: “It makes people hesitate in a way that will make them afraid to make decisions. It’s dangerous.”

Biden’s Marxist handlers are nasty, awful people who obviously hate our country and are working to destroy it. 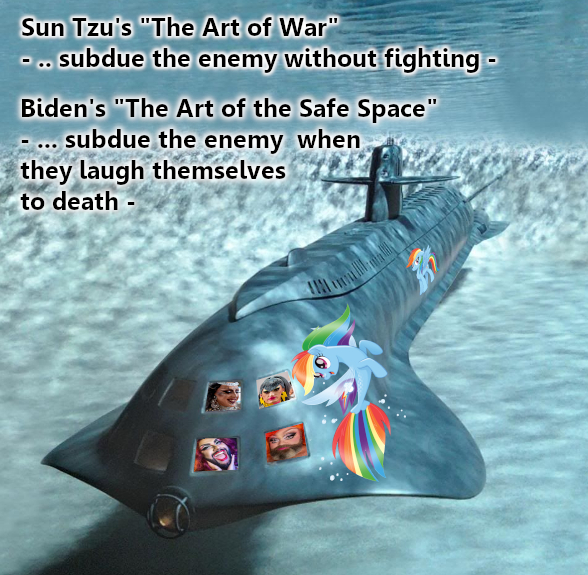