Deranged and sick: Police in Maine searching for woman who has been putting doggy doo into Trump supporters’ mailboxes

There have been thousands of videos of deranged behaviors on the part of left-wing haters of President Donald Trump posted to social media throughout his first term.

No doubt those will only continue if he wins a second term, like we sincerely hope that he does.

But what a Maine woman is allegedly doing takes the cake.

Police in Maine are trying to track down a woman who is putting dog poop in the mailboxes of President Trump supporters.

According to authorities, the offender has deliberately been targeting homes in the Hampden area that have Trump signs erected in their front yards.

The woman is alleged to have carried out the caper on Sunday and Monday, with startled Republicans calling cops after discovering dog feces alongside their mail.

Hampden Police have now released a photo of the suspect out on her bicycle amid fears she may strike again. 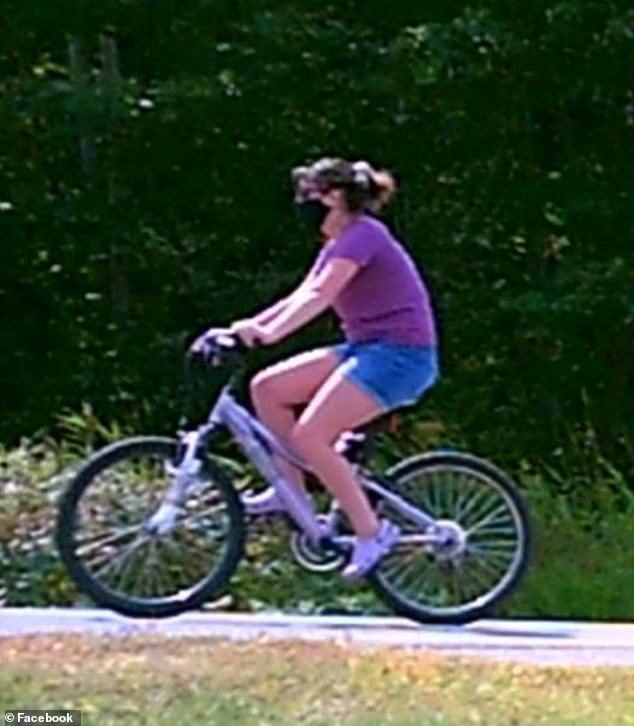 Alyshia Canwell, a patrol officer with Hampden Public Safety, told WGME on Thursday that the woman has also been ‘defacing Trump signs’ that residents have put up ahead of the November election.

Some suggested on Facebook that the woman could face federal charges for tampering with mailboxes.

But whatever happens, she needs to be made to understand that hers is not the only political opinion in the country and that other Americans have every right to disagree without having to suffer through abuses from Karens with too much hate in their hearts.