TINY number of mega-corporations now own ALL major media, as well as the monopolization of â€œfactsâ€

With the exception of a few government agencies, monopolies are not supposed to exist in capitalist America. The reason for that is simple: If one company were to control one or more vital sectors of our economy and society, then that company could and likely would use its power for further self-enrichment at the expense of everyone else.

A monopoly is when a company has exclusive control over a good or service in a particular market. Not all monopolies are illegal. For example, businesses might legally corner their market if they produce a superior product or are well managed. Antitrust law doesnâ€™t penalize successful companies just for being successful. Competitors may be at a legitimate disadvantage if their product or service is inferior to the monopolistâ€™s.

However, the legal firm notes, monopolies certainly can run afoul of the law â€” like when theyÂ are established orÂ maintainedÂ through illicit or improper conduct, including exclusionary or predatory acts.

Does the so-called â€œmainstream mediaâ€ today qualify as an illicit monopoly? On the surface, it wouldnâ€™t seem so, since there are literally thousands of media companies. However, when you factor in the reality that all the media seen by theÂ vastÂ majority of Americans is owned by just a few companies, then it becomes obvious that there is aÂ â€˜monopolizationâ€™ of ideas, and of â€˜facts.â€™

If we truly had an American â€˜mainstreamâ€™ media interested in competing against one another to get to the bottom of the dayâ€™s most pressing stories, reporting facts backed by real sources and evidence â€” andÂ without the intention of helping one political partyÂ over the other â€” this wouldnâ€™t be a problem.

But as it is, nearlyÂ allÂ major media are owned by like-minded Leftists who get together behind the scenes to create â€œnarrativesâ€ instead of reporting stories diligently and honestly.

RecodeÂ recently published a diagramÂ of the â€œMedia landscapeâ€ showing which companies owned which outlets and how much they were valued. For instance, AT&T/Time Warner comprise two major media groups fused into one company that is worth $231 billion; Disney/21st Century Fox, by comparison, is worth $202 billion. 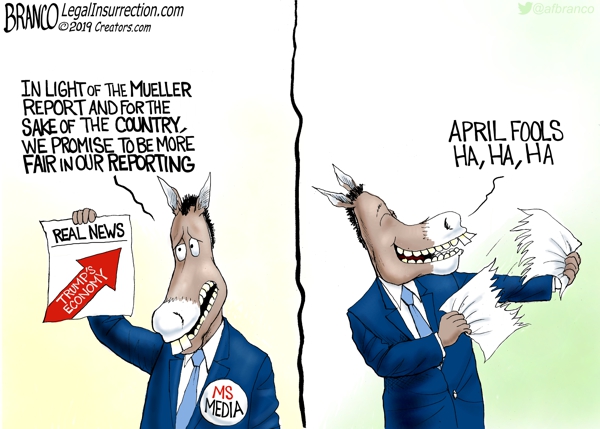 The number of media companies is dwindling rapidly

Whatâ€™s more, with mergers and acquisitions, the media landscape has changed dramatically over the past decade, blurring lines between the various forms of media.

â€œNow things are up for grabs: Netflix buys stuff from the studios, but itâ€™s making its own stuff, too, and itâ€™s selling it directly to consumers. Thatâ€™s one of the reasons older media companies are trying to compete by consolidating. Disney, for example, recently completed its purchase of 21st Century Fox. Distributors like AT&T, which bought Time Warner last year, are becoming media companies too.â€

All the while, the tech giants are getting into the act as well. Apple, Google, and Amazon are all competing for a portion of the newly developing streaming business; the latter employs entertainment icons like Steven Spielberg and the former hire well-known actors like Jennifer Aniston to develop and make programming for Apple users.

Then there are theÂ mediaÂ companies â€” those crafting the â€˜news.â€™ While the major corporations now own what qualifies as entertainment, the traditional media companies have also consolidated and/or merged into mini-empires of news producers, asÂ FortuneÂ noted in an organization chart of its ownÂ published in June 2018.Â

Last year there were a half-dozen behemoth media companies that ownedÂ allÂ major and mid-level media; this year there are five. And again, since all of them are known to coordinate on stories, who can seriously argue that there isnâ€™tÂ a media monopoly in AmericaÂ â€” of ideas and of â€˜factsâ€™?

That explains a lot about MSM’s unprofessional behavior. MSM news outlets are still the major information resources to many Americans, young and old. These people are typically loaded with hatred towards the Republicans and Trump. They tend to spend lots of time playing games, and believe illegal immigration is not harmful to society. People in general are surprised to hear that the illegals are now allowed to vote.

The Billionaires think they have a right to use their wealth to interfere in Our lives with their “social engineering programs” I believe We have the SAME right to interfere in their wealth. “Funny” how these BILLIONAIRE Leftwingers believe in Socialism and Sharing (YOUR) property………. but Their’s is THEIR’S ….. no WAY are they gonna share. Who is funding all these Socialist Groups that hate Our Freedoms and Our beliefs? Kochs, Buffett, Soros, Bezos, Gates, not happy with their riches they wish to OWN you. These SCUMionaires do not even GIVE to charity. They establish tax free “trusts & foundations”… Read more »

We deserve what we tolerate, and we tolerate the BORG controlling the USA.
Understand what is heading this way by allowing your country to be in the hands of scathingly ferocious angry psychotics. Gun confiscation, tyranny, rape, torture, starvation, theft, and burning everything you have ever loved to the ground. This is what we deserve for tolerating the BORG in our country. You want it ? YOU GOT IT.