L. Lin Wood, the lawyer for Covington, Ky., Catholic high school teen Nick Sandmann, has released a damning video as evidence in a pair of lawsuits againstÂ CNN andÂ The Washington Post, condemning both for their “reckless lies” about his client.

This week the teen’s legal team filed a $275 million lawsuit againstÂ CNN over its alleged false attacks the Left-wing anti-Trump network (and other media) made against him in January.

On Wednesday, the teen’s legal team released a video showcasing the danger that major ‘mainstream’ media outlets pose to society in general when they push false, intentionally divisive narratives as they did against Sandmann.

“Last January, 16-year-old Nicholas Sandmann was falsely targeted, attacked, vilified, and threatened,” the video notes. “The Washington Post, owned by the richest man in the world, led the print mediaâ€™s false attacks against Nicholasâ€™ reputation. CNN led the broadcast mediaâ€™s charge against Nicholas. Both recklessly spread lies about a minor to advance their own financial and political agendas.”

“Despite raw video debunking the false narrative, the Post and CNN doubled down on their reckless lies,” it continues. “Lies that will forever haunt and endanger the life of an innocent young man. Lies that further divided our nation.”

“How long will we allow these media giants to tear at the fabric of our lives to further their own agendas? Will they ever be held accountable? Yes, they will,” the video notes further.

“Nicholas Sandman has taken a stand for himself and for you by filing major lawsuits against CNN and the Washington Post. Nicholas and his legal team will not be stopped until these Goliath corporations are held accountable for their lack of journalistic integrity. Until then, no one’s reputation is safe.”

A recent survey by Gallup and the Knight Foundation highlights the political divide between Left and Right regarding trust in the mainstream media:

Republicans (94%) and political conservatives (95%) are nearly unanimous in saying their trust in the media has decreased in the past decade. However, declining trust is not just confined to the political right â€” 75% of independents and 66% of moderates indicate they are less trusting than they were 10 years ago. 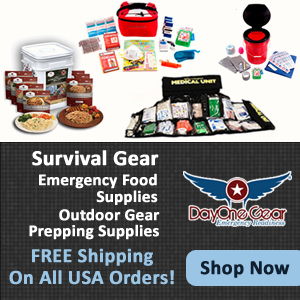 I beg Americans to throw out this stupid Gut Doctor now.

I hope he wins BIG in both lawsuits. I’d like to see this young man win MORE than what is asked for.

[…] why the Nick Sandmann case against theÂ Washington Post was tossed out in recent days, O’Reilly […]