A freshman Republican senator lambasted Google on Tuesday for invading usersâ€™ privacy by tracking them and building profiles on them that the tech giant later seeks to monetize, and all without their consent or ability to opt out.

Sen. Josh Hawley (R-Missouri), grilled Will DeVries, senior privacy counsel for Google, on Tuesday as he appeared before the Senate Judiciary Committee during a hearing on data privacy. Hawley accused the tech behemoth of tracking users of its Android cellphones, collecting all kinds of data on them, and accusing the company of continuing to track users even if â€œtracking servicesâ€ has been disabled.

â€œIâ€™m concerned about the implicit bargain that consumers are being asked to ratify by which they get supposedly free services but actually have enormous amounts of personal data extracted from them without knowing what is going on,â€ Hawley said.

The GOP lawmaker went on to question DeVriesâ€™ opening statement in which he claimed that Googleâ€™s â€œflagship productsâ€ have been free-of-charge for more than 20 years and that the tech giant â€˜clearlyâ€™ explains how it makes money and uses personal information.

â€œDo you think the average consumer would be surprised to learn that her location is recorded and sent to Google hundreds of times every day, even when she is not using her phone?â€ he asked.

DeVries said that Google â€œtakes as strong an effort as possible to explain these things clearly.â€

Hawley said that even when Android consumers arenâ€™t using their phones, information about their geolocation is updated every four minutes, or 14 times an hour and roughly 340 times per 24-hour period. â€œThatâ€™s without use of the phone,â€ he said. â€œDo you think sheâ€™d be surprised to learn that?â€

Hawley disputed that, arguing that Google continues to collect geolocation histories even when the function is off, which DeVries, on the record, admitted is true â€” but that in doing so, Google provides â€œvalue back to the consumer.â€

â€œSo, in order to, say, make [Google] Maps work, to be able to locate you, give you directions where you need to go, Maps needs to know where you are,â€ he said. 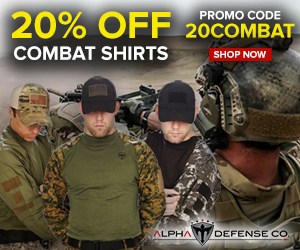 â€œAny robust definition of consumer welfare must acknowledge thatÂ [Google and Facebook] have harmed consumers by conditioning participationÂ â€¦ on giving away enormous â€” and growing â€” amounts of personal information,â€Â Hawley wrote. â€œYet the approach the FTC has taken on these issues has been toothless.â€

Hawley also forced DeVries to admit that Google uses location information it isnâ€™t supposed to be collecting to direct ads to users as well.Â

â€œI think when somebody turns off their user information, their location history, they expect the location tracking to beÂ off,â€ Hawley noted. â€œBut itâ€™s not. They donâ€™t have a way, apparently, to turn it off.â€

What Google doesn’t realize is that they may be building profiles on us, but the world is building a profile on THEM, and soon we will shut these criminal arseholes down !

As if any of this matters. Google will simply dodge and parry until the storm blows by and quietly stay the course.

There is no way to anything with these companies. A good half dozen web sites with the aid of Discus refuse to correctly identify me despite numerous attempts. I simply stopped commenting, or visiting those sites. It’s tyranny and they need to be broken up and regulated. Monopoly is when the real abuses begin. See Facebook Goggle and Twitter, U tube and yes, even click bait conservative social media web sites. there is no accountability