At least two of President Donald Trump’s Cabinet members were prepared to support a declaration that he was mentally unfit to serve and have him removed from office under provisions of the 25th Amendment, the former top lawyer for the FBI claims.

Baker provided these details to the House Oversight and Judiciary Committees last fall, and Fox News said that its correspondents have confirmed parts of the transcript.

The confirmation provides further insight into previous talks that have come up once again as fired FBI Deputy Director Andrew McCabe addresses them anew as he makes the media rounds to promote a new book.

In October, we reported that Baker had offered “explosive” testimony to Congress regarding what he characterized as the “abnormal fashion” reflecting “political bias” in the way bureau handled the probe into alleged “collusion” between the Trump campaign and Russia.

â€œSome of the things that were shared were explosive in nature,â€ Rep. Mark Meadows, R-N.C., told Fox News at the time. â€œThis witness confirmed that things were done in an abnormal fashion. Thatâ€™s extremely troubling.â€

Baker is at the heart of surveillance abuse allegations, and his deposition lays the groundwork for next weekâ€™s planned closed-door interview with Deputy Attorney General Rod Rosenstein. Baker, as the FBIâ€™s top lawyer, helped secure the Foreign Intelligence SurveillanceÂ Act (FISA) warrant on Page, as well as three subsequent renewals.

Prior to the deposition, Republican investigators said they believed Baker could explain why information about the British ex-spy behind a salacious Trump-related dossier, Christopher Steele, and Steeleâ€™s apparentÂ bias against then-candidate Trump, were withheld from the FISA court, and whether other exculpatory information was known to Rosenstein when he signed the final FISA renewal for Page in June 2017.

As we noted Saturday, McCabe’s version of events is being disputed by Rosenstein and the Justice Department, but they match up well with revelations contained in a New York Times report last fall which claimed that Rosenstein offered to ‘wear a wire’ during interactions with POTUS Trump in order to catch something on tape that could then be used to convince enough Cabinet members to invoke the 25th Amendment and remove him. 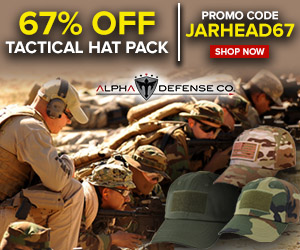 In a bombshell story, The New York TimesÂ reportedÂ in September:

The deputy attorney general, Rod J. Rosenstein, suggested last year that he secretly record President Trump in the White House to expose the chaos consuming the administration, and he discussed recruiting cabinet members to invoke the 25th Amendment to remove Mr. Trump from office for being unfit.

Mr. Rosenstein made these suggestions in the spring of 2017 when Mr. Trumpâ€™sÂ firing of James B. Comey as F.B.I. directorÂ plunged the White House into turmoil. Over the ensuing days, the presidentÂ divulgedÂ classified intelligence to Russians in the Oval Office, and revelations emerged that Mr. Trump had asked Mr. Comey toÂ pledge loyaltyÂ andÂ end an investigationÂ into a senior aide.

Mr. Rosenstein made the remarks about secretly recording Mr. Trump and about the 25th Amendment in meetings and conversations with other Justice Department and F.B.I. officials. Several people described the episodes in interviews over the past several months, insisting on anonymity to discuss internal deliberations. The people were briefed either on the events themselves or on memos written by F.B.I. officials, including Andrew G. McCabe, then the acting bureau director, that documented Mr. Rosensteinâ€™s actions and comments.

Now, the network’s latest report appears to confirm that McCabe and Rosenstein had at least some success in convincing a couple of Trump Cabinet members he wasn’t fit to serve.

In his testimony, Baker didn’t confirm which two Cabinet officials had ‘turned,’ so to speak.

What a mess! I sincerely hope that Barr is a law & Order guy, and he prosecutes all of the Traitors. On the other hand, Barr’s wife attends a Bible study with Mueller’s wife, and they’ve been friends for years. It could go really bad for America if Barr protects the Deep State that is still running a coup de etat. Right now, Barr’s not even been on duty for a week. We will have to wait and see.

The 25th isnt about being unfit it’s about being incapacitated like being shot or heart attack…using it because you hate a POTUS is treason ….hang them all including Sessions,just talking about it treason

Of course it is not a surprise that Sessions was a coup participant. The betraying action of recusal was the key act in the ongoing coup attempt.

Genius is suspect and unfit in the estimation of low normals such as John Kelly and Jeff Sessions. Neither one of them is capable of running a hot dog stand.

This could all just be delusion swirling in Rosenstein’s head. Saying he “thought he could flip” Sessions (one of Trump’s most enthusiastic campaigners) and Kelly doesn’t mean Rosenstein ever even mentioned it to them. In fact such a statement means he had NOT succeeded in flipping them. It’s possible if he ever had mentioned it to Sessions, that Sessions would have fired and/or prosecuted him. This could all just be Rosenstein’s “go down with knives flying” spin attempt at leaving as much of a bloodbath behind himself as possible. Another standard DOJ hoax.