Report: 70 percent of those registered for ‘racist’ Trump’s El Paso rally were Hispanics

While the former Democratic congressman and failed 2018 U.S. Senate candidate drew a couple thousand to his counter-rally, the president drew tens of thousands to his and, according to Brad Parscale, his campaign manager, the makeup of those who registered for the event was telling.

In figures heÂ provided to Axios, Parscale said 70 percent of the 30,000 people who registered for the Monday rally were Hispanic.

And of those, 50 percent identified as Democrats, while 25 percent said they were Republicans and another 25 percent were “swing voters.”

“Our data shows that President Trump is building a coalition that extends far beyond the traditional Republican base,” Pascale told Axios.

In addition, according to Parscale, two-thirds of those who attended had voted in two or fewer of the past four elections, which indicates an enthusiasm factor favorable to the president.

“His fightÂ to secure the border and finally finish the wall clearly energized and led to a significant amount of Democrat and Independent swing voters to attend his rally in El Paso,” Parscale added. 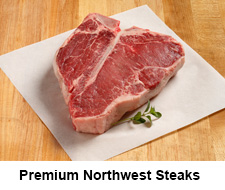 “GDP is great, unemployment is at an all-time low. African-Americans are doing well. Hispanics are doing well. Wages are rising at the fastest pace in ten years â€” blah, blah, blah,” she said — which should could not have said at any time during the previous Obama administration.