(National Sentinel)Â Disgusting: While Democrats and open borders Republicans demand that caravan migrants get immediate permission to enter the U.S., tens of thousands of Iraqis and Afghans who served as interpreters for U.S. military forces wait years and risk death for legal visas.

In fact, asÂ The Daily Caller notes, many interpreters and their familiesÂ are killed waiting for the U.S. government to process their visa applications and allow them to travel to the United States after serving American forces.

Over 60,000 Afghan and Iraqi interpreters risked death to serve U.S. forces, but still wait amid lethal danger for the American visas theyâ€™ve earned â€” all while migrants caravaning along Californiaâ€™s border demand immediate entrance based merely on their desire for jobs.

Afghan and Iraqi men who aid U.S. military forces as soldiers and translators do so at the risk of assault and murder from the radical Islamic terrorists who wage war in their respective countries. The silver lining? Aside from the chance to help fight for a better future for their homelands, Afghans who serve U.S. service members as well as cultural guides, translators and brothers in arms qualify for theÂ Special Immigrant Visa (SIV) program, through which they can gain U.S. citizenship. Iraqi interpreters can also apply through theÂ Direct Access ProgramÂ (DAP).

The SIV program is arduous, however, often requiring interpreters to run lethal risks to themselves and their family members over a period of years simply to go through what the interpreters and U.S. service members alike say is an opaque and tedious application process.

Former U.S. Army Staff Sergeant James Miervaldis notes that the cry for immediate access for caravan migrants while Iraqi and Afghan ‘terps wait in line for years while literally risking their lives is bogus.

â€œAs the son of a WWII refugee who waited 5 years to immigrate here and proudly became a naturalized citizen, I am puzzled by people who say members of the caravan â€˜deserveâ€™ asylum, but who forget about Afghan and Iraqi translators,â€Â Miervaldis, who served in Afghanistan from 2011-2012 on a national security court used to prosecute members of the Taliban under Afghan law, told The Daily Caller in an email. 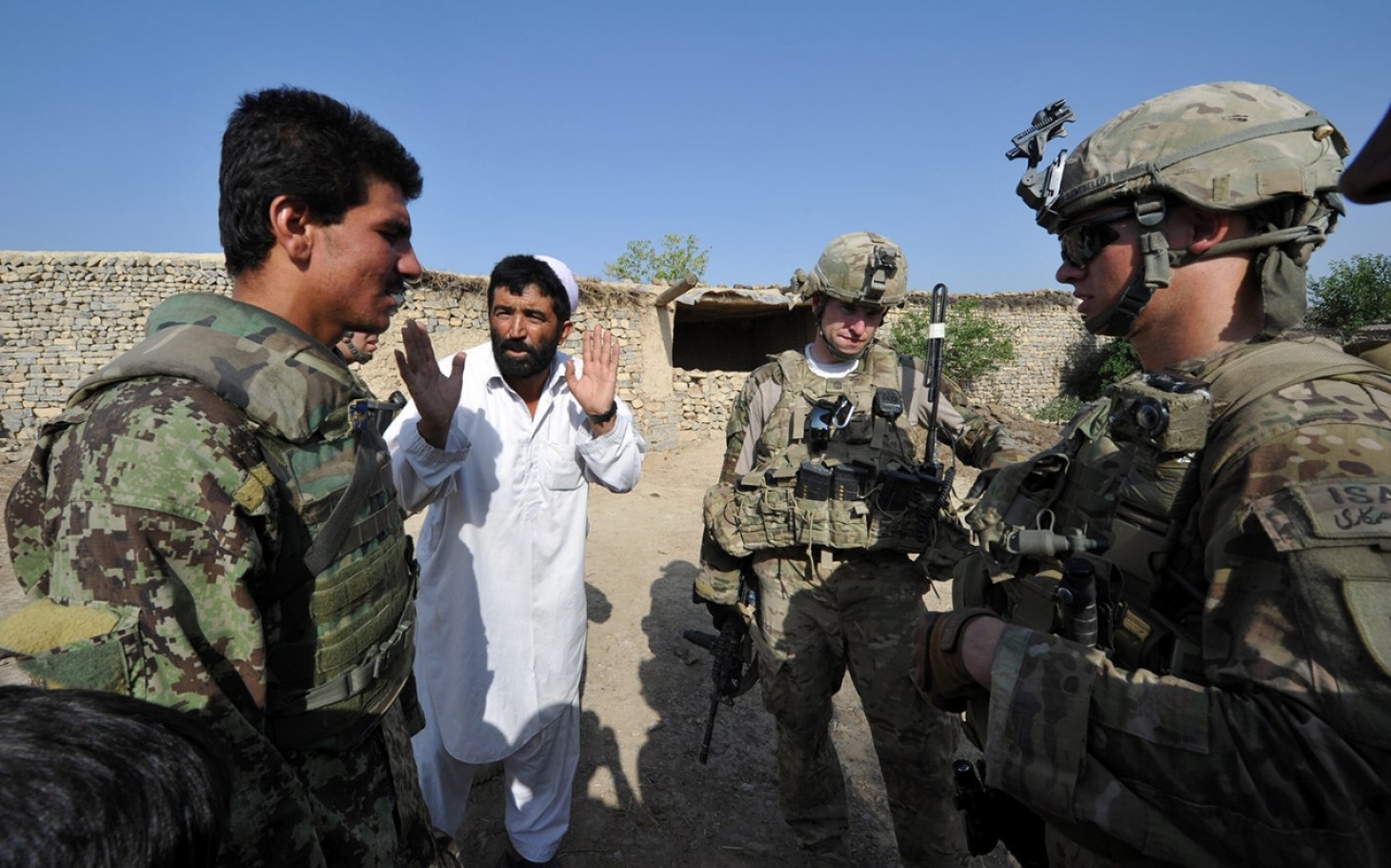 U.S. soldiers with an interpreter outside COP (combat outpost) Sabari in eastern Afghanistan circa June 2011.

â€œThese brave men and women have demonstrated allegiance to America by their service. Iâ€™m sorry, but saving American lives and respecting our immigration laws should be the standard, not an expressed desire for jobs.â€

GOP Rep.-elect Mike Waltz of Florida agrees that the process for interpreters is cumbersome and should be changed immediately to reflect the value of their service.

â€œI donâ€™t think youâ€™ll find people more angry about illegal immigration or people skipping ahead in line than folks who have played by the rules â€” than legal immigrants who have played by the rules â€” who have done everything that was asked of them, who oftentimes waited for years,â€ Waltz, a double Bronze Star awardee and U.S. Army special forces soldier who served several tours in Iraq and Afghanistan, told TheDC.

â€œEspecially in the case of the special immigrant visa applicants, [who] literally are under the threat of death, beheading, their family being killed or harmed â€” and they go through all of that to come here, and then to see folks jumping ahead or not playing by the rules is really upsetting to them,â€ Waltz, who has sponsored twoÂ Afghan soldiers through the SIV program and helped them gain U.S. visas, added.

On average, it takes two-three years for these special access visas to be approved for interpreters — an outrage by any standard, given the very real risk to their lives for assisting U.S. forces.