HUGE: Supreme Court ruling could be the beginning of the end for federal regulations

(National Sentinel)Â Fourth Branch:Â Supreme Court watchers will tell you that even though many people wait with bated breath until June of each year when the high court unveils its decisions involving controversial cases, some of the most important work done by justices during their annual sessions happens quietly.

In fact, a case with very far-reaching implications involving federal agencies cleared the high court just this week that could spell the end of the governmentâ€™s vast regulatory powers.

As reported byÂ The Truth About Guns, that could include impacting major firearms regulations issued or implemented by the Bureau of Alcohol, Tobacco, Firearms, and Explosives.

The website noted that the Supreme CourtÂ granted writ of certiorariÂ in a case,Â Kisor v. Wilkie, involving a challenge to a previous legal precedent established inÂ Auer v. RobbinsÂ andÂ Bowles v. Seminole Rock & Sand Co., both of which â€œdirect courts to defer to an agencyâ€™s reasonable interpretation of its own ambiguous rule,â€ theÂ SCOTUS Blog noted.

Granting of a writ does not necessarily mean that the high court disagrees with a lower courtâ€™s decision. What it does mean is that at least four of the justices believe that the circumstances of a case are worth a review by the high court.

Regulations have the rule of law even if itâ€™s not what Congress intended, and that’s long been a problem.

And though few Americans are aware of how the regulatory process works, itâ€™s important to understand it in order to comprehend the relevance of the high courtâ€™s granting of cert in theÂ Kisor v. WilkieÂ case.

Most of the time when Congress crafts a bill that eventually becomes law, the Legislative Branch leaves it up to the various federal agencies to write their own rules as to how the law will be carried out. The law itself is essentially a guideline providing the appropriate federal agency with broad policy objectives Congress seeks to achieve.Â

For instance, the National Firearms Act of 1934 â€œimposed a tax on the manufacture and sale of machine guns, suppressors, SBS/SBRâ€™s, etc., and required them to be registered with the federal government,â€ TTAG reported. But the law did not actually specify how that was to be done. It wasnâ€™t clear how Congress intended for Americans toÂ specificallyÂ comply with the lawâ€™s new requirements.

As such, the Legislative Branch left it up to federal bureaucrats to devise rules regarding the implementation of the law. And in many ways, this process is appropriate, given that it is unreasonable to expect every piece of legislation to detail how proposed new laws are to be carried out, especially when todayâ€™s legislation is complex and references hundreds or thousands of existing rules, regulations, and laws upon passage.

But on the other hand, many of the regulatory measures implemented by federal agencies are themselves cumbersome, nonsensical, impractical, and expensive. And yet, they have the rule of law: You canâ€™t simply ignore a federal regulation even if you donâ€™t think that the rule is a faithful execution of congressional intent.Â

That said, federal regulations also give lawmakers cover. They can argue, and have argued, thatÂ theyÂ didnâ€™t intend for their law to be carried out in the manner the federal agency prescribed, so they arenâ€™t to blame for any negative impacts or consequences. And yet, theyÂ areÂ ultimately responsible because they passed the legislation in the first place without adequate instruction to the corresponding federal agency as to how the new law should be carried out.

â€œWhat happens when someone disagrees with a regulation or the agencyâ€™s interpretation of it, and argues that the regulation/interpretation is inconsistent with the law passed by Congressâ€¦or maybe isnâ€™t even authorized by the law in the first placeâ€ TTAG asked? 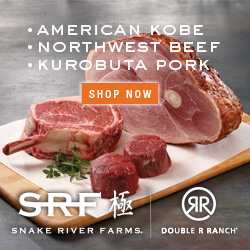 Thatâ€™s where the principle ofÂ AuerÂ deferenceÂ comes in; federal courts must usually defer to a government agencyâ€™s interpretation of its own rule. But recently, there has been an effort from some to revisit the principles ofÂ AuerÂ deferenceÂ andÂ ChevronÂ as well as additional aspects of the administrative law state with the objective of overturning many of them as blatantly unconstitutional.

And this is where gun rights come into play or, rather,Â the lack of them.

Justice Clarence Thomas has made some noise about this, but few others on the high court have. That may all change now that the Supremes have granted cert in a caseÂ specificallyÂ challenging the constitutionality ofÂ AuerÂ deference.Â — J.D. Heyes

The Second Amendment will NEVER be abridged, regardless. … MOLON LABE
.

We don’t find our rights in pieces of parchment or statutes, and law (functional, real law according to what the definition of the word “law” actually means) is not “made.” That’s the big problem with the U.S. (and 99% of current political regimes around the globe) political system: it is based on a radical, flash-in-the-pan notion from the early to mid 18th century that men can actually do such a ridiculous thing as *make* laws. It’s nonesense, just like say saying physicists are “physics rule makers” or mathematicians “make math.” The rules of physics are discovered, the rules and language… Read more »