China hacks U.S. Navy contractors and steals just about every bit of weapons data we have

(National Sentinel)Â Massive: With China’s long history of hacking the U.S. Defense Department, you would think that, at some point, the Pentagon would demand that its military contractors would employ the very best cyber security available — something akin to the level employed by the NSA, FBI, CIA and other top U.S. intelligence agencies.

But no. Apparently, it’s too much for Americans to ask to expect Defense Department contractors to boost their level of cybersecurity in an ongoing threat environment posed by the great powers of the world. Especially China.

The Wall Street Journal reported Friday that Chinese hackers had pretty stolen every bit of U.S. naval strategy that exists, meaning that now the Pentagon and the Navy will have to get to work devising new strategies — that is, for things that can even be changed:

Chinese hackers are breaching Navy contractors to steal everything from ship-maintenance data to missile plans, officials and experts said, triggering a top-to-bottom review of cyber vulnerabilities.

A series of incidents in the past 18 months has pointed out the serviceâ€™s weaknesses, highlighting what some officials have described as some of the most debilitating cyber campaigns linked to Beijing.

Cyberattacks affect all branches of the armed forces but contractors for the Navy and the Air Force are viewed as choice targets for hackers seeking advanced military technology, officials said. 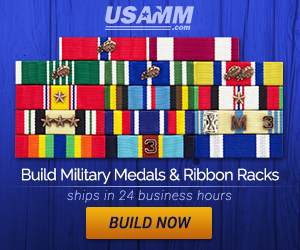 The paper reported that data allegedly hacked from Navy contractors and subcontractors is very often highly sensitive involving top secret information on our most advanced military technology. In particular, corporate victims of hackers have included major and small contractors, “some of which are seen as lacking the resources to invest in securing their networks,” the WSJ reported.

Reported in June, one breach involved theft of data from a contractor working to develop a supersonic anti-ship missile that was being planned for American ballistic missile submarines, officials told the WSJ. The company targeted was an unidentified firm with involved with the Navy’s Undersea Warfare Center in Newport, R.I.

â€œAttacks on our networks are not new, but attempts to steal critical information are increasing in both severity and sophistication,â€ Navy Secretary Richard Spencer wrote in an internal memo in October reviewed by the Journal. â€œWe must act decisively to fully understand both the nature of these attacks and how to prevent further loss of vital military information.â€

The memo did not specifically mention China, but everyone in the Defense Department knows China’s a big-time hacker of U.S. military technology and has been for years. Spencer, the paper reported, recently ordered a review of Navy cybersecurity to identify potential flaws and weaknesses in protecting systems.

U.S. cybersecurity experts in the intelligence community told the WSJ that they managed to trace the remote administering of malware back to the Chinese province of Hainan after it was accidentally exposed by the hackers. In addition, U.S. intelligence officials say they have classified sources that also confirm Beijing’s involvement.

â€œThey are looking for our weak underbelly,â€ said one defense official. â€œAn asymmetric way to engage the United States without ever having to fire a round.â€

Now you know why POTUS Donald Trump is being so resolute with the Chinese via his tariffs regime: It is one of his most effective tools — the denial of income — to punish the Chinese and make them understand the U.S. will exact a price for their theft.

Meanwhile, someone should be held responsible for this. It is completely unacceptable for the Pentagon to employ a contractor that refuses to bolster cybersecurity of systems used in the development of highly classified weapons, for whatever reason.

Let’s hope U.S. hackers are having a field day with Chinese systems.

Lob a few missiles in Bejing.