Sesame Street’s ‘Food Insecure Lily’ now to focus on child homelessness; should be calling out Dems for supporting illegal aliens

(National Sentinel)Â Propaganda: Public television’s long-running “Sesame Street” series has been a source of education, instruction, and information for hungry young minds of American children for decades, but like everything else the Left owns, the show’s current crop of writers and editors have taken the show political.

In 2011, creators invented a new Muppet character, “Food Insecure Lily,” who of course was used as a propaganda tool to claim that there is widespread hunger among children in America — despite the fact that our country hundreds of billions per year on providing food and other forms of assistance to low-income Americans.

Lily was introduced in 2011 as being a character who is â€œfood insecureâ€ because her family didnâ€™t have consistent access to food.

Lilyâ€™s plight with homelessness wonâ€™t be included in televised episodes, but it will be featured in new online videos, among other things.

â€œLily is featured in new videos, storybooks, and interactive activities for families with children ages 2 to 6, in addition to materials for the professionals who serve them, such as teachers, social workers, and healthcare providers. Sesame launched the initiative, part of itsÂ Sesame Street in CommunitiesÂ program, to help mitigate the impact of the trauma and stigma that result from homelessness,â€ Sesame Workshop, formerly Childrenâ€™s Television Workshop, the nonprofit behind â€œSesame Street,â€ said in aÂ press release.

â€œWe know children experiencing homelessness are often caught up in a devastating cycle of traumaâ€”the lack of affordable housing, poverty, domestic violence, or other trauma that caused them to lose their home, the trauma of actually losing their home, and the daily trauma of the uncertainty and insecurity of being homeless,â€ Sherrie Westin, president of Global Impact and Philanthropy at Sesame Workshop, said in a statement.

â€œWe want to help disrupt that cycle by comforting children, empowering them, and giving them hope for the future. We want them to know that they are not alone and home is more than a house or an apartmentâ€”home is wherever the love lives,â€ Westin added.

Meanwhile, another propaganda tool of the Left is completely ignoring what Democrats are doing to exacerbate poverty among Americans — such as the party’s unwavering support for open borders and illegal aliens.

In fact, according to published data, the U.S. government will spend about $84 billion the food stamp program next fiscal year (2019); by comparison, we’re spending a whopping $155 billion on illegal aliens and illegal immigration each year.

Sesame Street used to be a wonderful educational program for our children. Today, it’s just another propaganda tool for the Democratic Left. 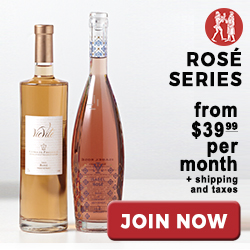