That time when Obama and his people offered anti-American preacher Jeremiah Wright $150,000 to ‘be quiet’

(National Sentinel)Â Crime/No Crime: Left-wing Democrats and their mouthpieces in the “mainstream” media are pretending as though payments of hush money by Michael Cohen, POTUS Trump’s former personal lawyer, were somehow criminal in that they amounted to a “campaign contribution.”

No one who has a serious grasp of the law believes that and the proof is in the fact that special counsel Robert Mueller allowed Cohen to be sentenced earlier this week rather than save him as Star Witness No. 1 in a criminal case against the president.

Nevertheless, that’s the story the establishment press is telling anyone who will listen — and unfortunately, far too many AmericansÂ are listening to the conga line of anti-Trump buffoons the cable news channels are parading before the cameras.

Getting far less coverage is a story byÂ The New York PostÂ on Wednesday detailing that time when the Obama political machine and indeed, the president himself, tried to silence the former president’s highly controversial and long-time preacher, Jeremiah Wright. It was an effort that included an offer of a huge payout — $150,000. 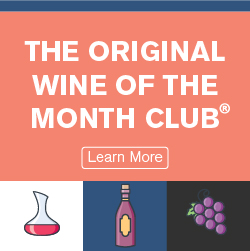 Who sent the e-mail?â€ I asked Wright.

â€œIt was from one of Barackâ€™s closest friends.â€

â€œNot directly,â€ Wright said. â€œHe sent the offer to one of the members of the church, who sent it to me.â€

â€œHow much money did he offer you?â€

â€œDid Obama himself ever make an effort to see you?â€

â€œYes,â€ Wright said. â€œBarack said he wanted to meet me in secret, in a secure place. And I said, â€˜Youâ€™re used to coming to my home, youâ€™ve been here countless times, so whatâ€™s wrong with coming to my home?â€™ So we met in the living room of the parsonage of Trinity United Church of Christ, at South Pleasant Avenue right off 95th Street, just Barack and me. I donâ€™t know if he had a wire on him. His security was outside somewhere.

â€œAnd one of the first things Barack said was, â€˜I really wish you wouldnâ€™t do any more public speaking until after the November election.â€™ He knew I had some speaking engagements lined up, and he said, â€˜I wish you wouldnâ€™t speak. Itâ€™s gonna hurt the campaign if you do that.â€™

It isn’t clear if Wright took the money — the interviewer Klein either didn’t ask, Wright refused to answer, or the Post simply did not include that part of the conversation. But obviously, the case never wound up in the hands of a federal prosecutor like the two payments of hush money made by Cohen to a pair of women claiming a sexual encounter with POTUS Trump some years ago (which the president denies).

But that’s DIFFERENT. That hush money was not about ‘just sex’, but rather was about hating America and hating Whitey. That stuff is OK.