One of the biggest loons is “political analyst” April Ryan, a correspondent forÂ American Urban Radio Networks who has made a name for herselfÂ sparring with POTUS Donald Trump and White House Press Secretary Sarah Huckabee Sanders.

During a panel appearance on host Don Lemon’s program Saturday night,Â Ryan compared the U.S. under Trump toÂ Russia and China,Â claiming without offering a shred of credible evidence thatÂ the president was becoming a dictator.

“The president sees that his numbers are waning,” she said in a clip flagged byÂ RealClearPolitics. “He cannot be this dictator that he’s trying to be at this moment. It reminds me of a song. Jay-Z. Prolific rapper. Prolific philosopher. I’m taking a quote from him. Putin has got Donald Trump big pimpingâ€”big pimping Donald Trump right now,” Ryan said.

“Donald Trump thinks he can do whatever he wants to the world and this nation, and it’s not happening.” 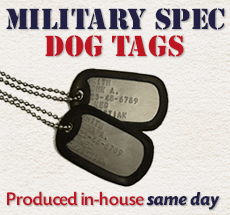 “Big Pimpin'” was a huge hit for Jay-Z when released in 2000, but in 2010,Â he renouncedÂ his song’s sexually aggressive lyrics as “really harsh” and wondered what kind of “animal” would write it.

Ryan went on to say Trump was getting Congress to do his bidding in undermining the Russia investigation after some GOP lawmakers called for the impeachment of Deputy Attorney General Rod Rosenstein.

“The rule of law is gone now,” she said. “Donald Trump, and we don’t like to say it, but we are going down a line of a dictatorship. Russia and China, that’s what we are.”

Sorry April, but we haven’t seen this “line of dictatorship” that you see.

And in fact, if what she said was true,Â would she even have been allowed to say it? Dictators tend to shut down free speech and gain control over all mediaÂ as one of their first orders of business.

The fact is under Trump America is trending towardÂ more freedom, not less. To claim with a straight face that we’re becoming Russia or China is just babbling lunacy.

The Dems hatred for Trump has severely affected their minds. They no longer think rationally. They have an aversion to common sense. This is why voter fraud will reach unprecedented levels in November and it won’t be from Russia. It will be by Dems and the Left. They will lie, cheat and steal because it’s in their DNA. It’s obvious they believe in winning by any means possible even if it’s illegal. Look how Hillary cheated against Bernie Sanders. There was massive cheating and corruption at the DNC and not one Dem cared. There should be safeguards in place to… Read more »

Obama was the one who was constantly saying that if Congress wouldn’t act then he was going to do everything in his power to accomplish his policies, referring to executive orders and using the federal government in any way he could legally get away with. And that’s what dictators do, they have unchecked power and can implement policies at their own discretion. What is happening now is a Republican admin and Republican House working together to enact their policies within the clear mandate of the Constitution. This is actually how it is intended to work; duly elected people enacting change.… Read more »

It’s amazing how CNN stays in business considering they spit out propaganda 24 hours a day. Sooner or later propaganda news media will end. There’s just no money in it and people are not stupid enough to believe them or support them. Talk about shooting yourself in the foot. CNN is the biggest self-defeating establishment ever with egotistical “journalists” to boot.