Lindsey Graham takes swipe at #nevertrump McCain; says he’s ‘NOT so sure’ most Americans back global trade deals

(National Sentinel) Trade: This is something we never thought we’d see, given their close friendship, but there is a schism that has developed between GOP Sens. John McCain of Arizona and Lindsey Graham of South Carolina.

Seems like they disagree over how most Americans feel regarding the trade deals that POTUS Trump’s predecessors made with our ‘allies’ — deals that bled manufacturing and other jobs from our country by the millions over the past three decades.

On Saturday, as a means of undercutting POTUS, McCain claimed in a tweet that “bipartisan majorities” of Americans worship at the altar of ‘free trade.’

“To our allies: bipartisan majorities of Americans remain pro-free trade, pro-globalization & supportive of alliances based on 70 years of shared values. Americans stand with you, even if our president doesnâ€™t,” he tweeted.

To our allies: bipartisan majorities of Americans remain pro-free trade, pro-globalization & supportive of alliances based on 70 years of shared values. Americans stand with you, even if our president doesn’t.

During an appearance Sunday onÂ ABC News‘ “This Week,” Graham said he wasn’t so sure that’s accurate.

“Iâ€™m not so sure Johnâ€™s right about where America is on trade,â€ Graham said.

â€œThe Bernie Sanders element of the Democratic Party doesnâ€™t stand for free trade. Hillary Clinton said she would get out of the Trans-Pacific Partnership if she had become president,” he continued.

â€œSo Iâ€™m not so sure a majority of Americans believe that globalization and free trade is in our interests,â€ he added.

McCain remains ticked off at Trump over POTUS’ ill-conceived attacks on him regarding his time spent as a POW in Vietnam. We get it.

McCain’s anger is clouding his judgment; TrumpÂ won because he broke down the “Blue Wall” in formerly industrialized states like Michigan, Pennsylvania, Ohio, and Wisconsin where job losses have been massive as a result of globalist trade deals like NAFTA. Getting those jobs back and putting American workers’ interestsÂ first (for a change) formed the basis of his “Make America Great Again” campaign slogan.

Two, McCain knows that politics is a blood sport. He needs to put his big boy pants on and stop pretending like he’s stillÂ so offended by a president who is doing good things for our country (including McCain’s constituents in Arizona). 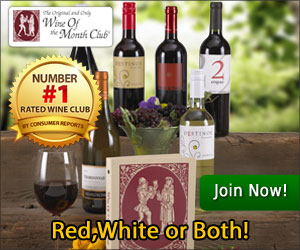 There is also this: Had McCain been successful when he ran for president in 2008, how would he feel about prominent Republican lawmakers sniping at him from the sidelines as he tried to negotiate better deals for America on the world stage?

Anger and hypocrisy form to make lousy politics. We agree with Graham; McCain isn’t helping his cause with this constant Trump hate.

McCain is just making it much easier for non-elitist Americans to not feel sorry for him.

Just watch the latest at CNN. Worthless. Trump will not have reason in trade deals so everything else is not worth the time. Obviously they are setting this up that a successful pull out on a long standing war is not OK. What a joke on a bunch of low IQ people that want to believe that endless war is OK. Lets have peace and do business. Marxist crazy crap activity in the news.

Thing is Clinton was lying (what else?) when she said she would get out of NAFTA, just like Obama lied when he promised GMO transparency on retail foodstuffs. She only said it to sound like a sensible centerist politician to get elected. She would have reneged on that promise immediately on the orders of her globalist masters.