(National Sentinel)Â Fraudulent Conviction: We have long suspected that retired Lt. Gen. Michael Flynn, POTUS Trump’s first national security adviser, was somehow set up to take a fall which resulted in his pleading guilty to one count of lying to the FBI.

In the year since that pleading, Flynn has never gone to court to be sentenced. Court dates keep getting pushed back by special counsel Robert Mueller.

Why? If Flynn hasÂ pleaded guilty, what a feather in Mueller’s cap that would be to “legitimize” his ongoing probe into Team Trump.

Could it be due to the fact that Flynn isÂ not guilty after all?

We speculated about that earlier today when we reported investigative journalist Paul Sperry’s bombshell tweet that accused liar and former FBI deputy director Andrew McCabe is suspected ofÂ changing the bureau’s 302 formsÂ filed by agents Peter Strzok and Joe Pientke after they interviewed Flynn in the White House in January 2017.

At the time the two wrote in their 302s theyÂ did not believe that Lt. Gen. Flynn lied to them about speaking to a top-ranking Russian diplomat in December 2016.

Fired FBI Director James Comey backed up that claim during testimony to a Senate committee.

In a May letter to FBI Director Christopher Wray and Deputy Attorney General Rod Rosenstein, Sen. Charles Grassley, R-Iowa, noted, â€œAccording to that agentâ€™s contemporaneous notes, [fired FBI] Director Comey specifically told us during that briefing that the FBI agents who interviewed Lt. General Michael Flynn, â€˜saw nothing that led them to believe [he was] lying.â€™ Our own Committee staffâ€™s notes indicate that Mr. Comey said the â€˜agents saw no change in his demeanor or tone that would say he was being untruthful.â€™â€

According to Internet investigators andÂ The Gateway Pundit,Â evidence proving that FlynnÂ did not lie to FBI investigators may have been destroyed by none other than McCabe.

Internet sleuths are again at it. New reports are out suspecting that corrupt and fired former FBI Head McCabe destroyed evidence that General Flynn was innocent and did not lie to FBI agents when interviewed shortly after the 2017 Inauguration. Flynn was later indicted by the corrupt and conflicted Mueller team.

Some also pointed out that one of Muellerâ€™s prosecutors, Andrew Weissmann, did the same thing years ago in the governmentâ€™s case against Enron.

“Don’t do many predictions, but here goes: the Flynn 302 is a composite 302. The source materials were not just edited but deleted prior to Flynn’s prosecution.

There is precedent for this: Mueller’s #2 Weissmann destroyed 302s and drafts/notes,” wrote one investigator who claims to also be a lawyer.

Don't do many predictions, but here goes: the Flynn 302 is a composite 302. The source materials were not just edited but deleted prior to Flynn's prosecution.

There is precedent for this: Mueller's #2 Weissmann destroyed 302s and drafts/notes.

Now it all makes sense regarding why it has been impossible to get the Justice Department to turn over documents Grassley and others are demanding regarding DoJ’s case against Flynn. 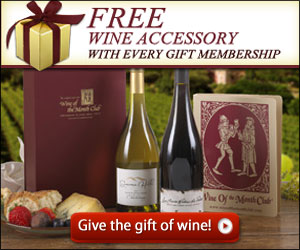 “This explains why the docs are not being provided by RR [Rod Rosensenstein] to Grassley & if they haven’t been turned over to @GenFlynn legal team by mueller explains that also. Judge Sullivan needs to act on this,” wrote another.

TGP points out that former Acting AG Sally Yates has destroyed evidence in the past as well (recall that she is the one who went to the White House and complained that General Flynn had lied).

Attorney Robert Barnes notes in a tweet he’s had experience with Yates in that regard:

“I caught Sally Yates’ team doing this years ago in Atlanta: taking different pieces of different memorandums of interview, excising parts that hurt her case, & threading together disparate parts from multiple sources to create a misleading single narrative. @GenFlynn case too?”

I caught Sally Yates' team doing this years ago in Atlanta: taking different pieces of different memorandums of interview, excising parts that hurt her case, & threading together disparate parts from multiple sources to create a misleading single narrative. @GenFlynn case too? https://t.co/GZFRNwfvOe

No wonder McCabe wantsÂ immunity from Grassley’s Judiciary Committee before he testifies. He knows all the details.

What’s becoming clearer by the day is that Lt. Gen. Flynn isÂ innocent and must be cleared immediately.

In the UK we have a means of suing LE for “malicious prosecution”.

I am sure you must have something similar in the US.

Hope General Flynn takes them to the cleaners.