For years many have suspected that Hillary Clinton used her position as Barack Obamaâ€™s secretary of state to make sweetheart â€œpay-for-playâ€ deals with key figures and foreign countries as a means of enriching her and her husbandâ€™s â€œfoundation.â€

But the proof always seemed elusive. And remember, Hillary herself attempted to cover her tracks during her State Department tenure by a) using an â€˜off-the-government gridâ€™ personal email server and b) deleting some 30,000 emails critics believe are incriminating.

Now, however, as the couple spent Memorial Day being feted at various public events near their home in Chappaqua, New York, itâ€™s shaping up to be their last one breathing free air.

Ortel,Â writing forÂ Lifezette, says that while Sen. Bernie Sanders declared during the 2016 Democratic nomination race that he didnâ€™t care about â€œthose damn emails,â€ Jay Sekulow, one of POTUS Trumpâ€™s personal lawyers and president of the American Center for Law and Justice (ACLJ),Â doesÂ care. Always did.

Heâ€™s been trying for years to pry Clintonâ€™s emails from a recalcitrant State Department,Â and heâ€™s finally managed to get them. Ortel writes of their importance:

Ortel notes that Sekulowâ€™s organization has been given 339 pages of email documents thus far and it already appears as though the State Department under Clinton was â€œa favor factoryâ€ â€” for the foundation and for others.

The investigator noted that the first batch of emails includes several messages and message chains pertaining to events prior to Sept. 4, 2009, when the Clinton Global Initiative â€” a.k.a. New CGI â€” was organized as a nonprofit corporation based in Arkansas.

The emails indicate that Clinton Foundation employees and directors who were working with Hillary and using at least one personal email address as well as other State Dept. employees to wrest favors for the Clinton Foundation and associated political allies at the 2009 Clinton Global Initiative annual meeting â€” held in August of that year in New York.

â€œNote carefully the September and August timeline because it shows multiple activities conducted even before New CGI was organized, which is a strict no-no under federal charitable laws and regulations,â€ Ortel writes. He added that another problem for the Clintons is that New CGI didnâ€™t disclose those pre-formation activities in the organizationâ€™s application for federal tax exemption â€” which wasnâ€™t submitted to the IRS until a year later, in August 2010. 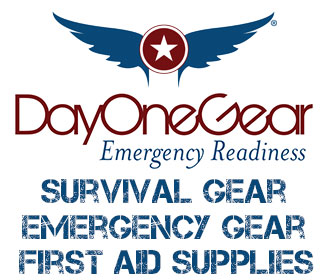 Ortel believes now that the State Dept. has been made to comply with the ACLJâ€™s Freedom of Information Act requests, the Clintons will become easier to prosecute.

He notes thatÂ a legal analysis prepared in August 2015 by Cause of Action, which advocates for government accountability, suggests that Clintonâ€™s efforts to conduct all of her State Dept. business via her home-brew unsecured server open her up to a series of federal crimes including â€œmishandling classified information,â€ â€œdestruction of federal records,â€ and â€œobstruction of justice.â€

Hillary was essentially protected from prosecution by President Obama and Obamaâ€™s politicized FBI and Justice Department under James Comey and Loretta Lynch, respectively.

She has no similar protection now. And the reality is, after all POTUS Trump has been put through by the Obama-aligned Deep State in order to protect Hillary â€” whom they thought would be the next president â€” he has more than enough justification to ensure justice is finally done against â€œAmericaâ€™s best-known crime family.â€