(National Sentinel)Â Mean Season:Â Blacks continue to vote overwhelmingly for Democrats because they believe the party of the donkey is a better arbiter of civil rights and has a superior record when it comes to battling racism.

Neither of these beliefs is true.Â

The Democratic Party has long buried its history asÂ theÂ party of racism and black genocide, having formed and then supported the KKK while implementing Margaret Sangerâ€™sÂ Planned Parenthood vision of exterminating as many black babies as possible.

As for civil rights, Democrats could never have made any progress during the 1960s movement without the support of Republicans.

But today, there remains a black-oriented civil rights crisis that is of Democrat creation: The mass murder of mostly young black men byÂ otherÂ young black men in Chicago, which is about as deep blue as it gets.

So bad is the violence and so high the death rate in the nationâ€™s third-largest city â€” a virtual gun-free zone â€” that on the campaign trail in 2016, then-GOP nominee Donald Trump promised to send in the Army to clean up the streets.

Well now, one professor is calling on the president to make good on his pledge; itâ€™s gotten that bad in the Windy City.

Writing inÂ The Hill, Jason D. Hill of DePaul University in Chicago is pleading with Trump to do something radical: Suspend U.S. law, the 1870s-era Posse Comitatus Act, then send in armed troops to restore order to parts of the city that have become nothing less than a war zone.

Wannabe-commandos terrorize neighborhoods, challenging not only local authorities but the very authority you exercise as president of this great nation. The potency of your own presidency is ridiculed when thugs and barbaric criminals take it upon themselves to establish lawless fiefdoms, usurping the law and order on which this republic was built and upon which its continued existence depends, as they kill innocent lives. â€¦ 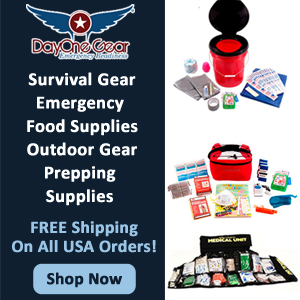 â€¦I ask that you use your powers to suspend the dated Posse Comitatus Act, which unfairly limits your ability to use domestic militarization to respond to crises. Posse Comitatus makes no mention of the use of the militia, the National Guard, the Navy or the Marines. You can suspend this law and send in the forces necessary to quiet our streets and restore safety to at-risk neighborhoods. Â

For the record, Posse Comitatus may be â€œdated,â€ as Hill suggests, but its passage was as vital then as its continued existence is now. A Reconstruction-era law, it forbade federal military forces from being utilized in a law enforcement capacity. The reasoning was clear: The military exists to destroy opposing armies and conquer nations, not â€˜policeâ€™ American streets.Â

And no, presidents cannot merely â€œsuspendâ€ laws or create them out of whole cloth. Well, okay, Obama did it, but only because Congress let him get away with it.

That said, Hill â€” a Jamaican immigrant who came to the U.S. more than three decades ago and worked his tail off to eventually earn a doctorate â€” has a point in that Trump is not necessarily powerless here to use some form of the military in order to accomplish the same objective. He could activate the National Guard and probably ought to. Presidents have traditionally been hesitant to task Guard troops because they are a governor’s first-responders when it comes to local and regional disasters.


That said, Hillâ€™s plea is noteworthy because heâ€™s bringing some needed attention to a national scandal that reeks of Left-wing failure: Vast segments of Chicago are under siege by criminal gangs that are little better than ISIS, and itâ€™s obvious more Democratic leadership isnâ€™t the solution.

As bad as the situation in Chicago is, I still believe there are more good people there than bad, and good people can figure out who the bad people are for themselves. The solution isn’t to bring in the military to do a Vietnam-style “search and destroy” mission. All they have to do is repeal all of their draconian gun laws and let the good people defend themselves. The supply of bad people will dry up in a few months.

Trump would be made the villain. The media and city officials would attack him rather than the criminals. This problem is the fault of the city, whose voters and officials will not act to end it.

Trump should guard the border.

Trump would be made the villain.

Vast segments of Chicago and other cities are under siege by criminal gangs that are little better than ISIS, and its obvious more Democratic leadership isnâ€™t the solution.

Education is the only cure to crime and not just formal education, it needs to be total education. Reading, writing and arithmetic do very little to solve social problem.