Guess who wants the U.S. to do a better job of enforcing its immigration laws? ‘Open, free Canada’

(National Sentinel)Â Turnabout:Â Various governments in Canada are imploring the United States to do a better job enforcing its immigration laws because its northern neighbor is becoming inundated with migrants and illegal immigrants, many requesting asylum.

The Washington Post noted further, Canadian officials want the U.S., which already vets tourist visa recipients, to ask Nigerian tourists about their travel plans so the U.S. can interdict potential illegal immigrants at the U.S. border.

Unlike the U.S., where illegal immigrants have to jump a border or evade immigration and customs enforcement agents,Â the Globe and Mail reportsÂ that entering Quebec is as simple as taking a taxi over the border from upstate New York to scenic Roxham, where Canada offers a welcome wagon.

“Their suitcases are neatly lined up as [refugees] wait for buses to take them to their temporary accommodations, where they will receive food, shelter, medical care, financial support, work permits, schooling for their kids â€“ and, eventually, a refugee hearing,” according to the Globe and Mail. “No wonder Canada is such a popular destination.”

However, Canada — and Quebec specifically — can no longer afford to feed, house, care for and support an endless stream of refugees.

Schools are becoming too crowded while the immigration system is getting backed up and unworkable. 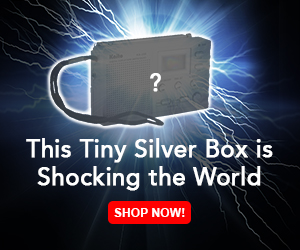 Also, thanks to a loophole in Canadian law that is being exposed by migrants, Canada can’t send anyone away. Migrants can claim protected status once on Canadian soil and cannot be deported until they are given a fair hearing — a process can take as long as two years.

“So instead of reforming its own laws, Canada, whose Prime Minister once excoriated President Donald Trump for Trump’s strict interpretation of American immigration laws, wants the U.S. to beÂ even stricterÂ in extending tourist visas so that Canada doesn’t have to admit it has a problem and either close or regulate its own borders,” notesÂ The Daily Wire.

Trudeau, the biggest clown in government today. What an emasculated gutless unthinking fool.