(National Sentinel) Truth Bomb: Recently-discovered statistics from the Centers for Disease Control and Prevention that were never released turns the Left-leaning narrative about guns — that they are used most often to commit crimes — on its head.

As reported byÂ The Daily Wire, the stats indicate that guns are used much more often in a defensive manner than they are used by criminals to murder and commit other crimes.

A new report from Florida State University criminologist Gary Kleck shows that surveys never made public by the CDC indicate Americans use guns in millions of self-defense situations every year on average.

…Kleck conducted the most thorough previously known survey data on the question in the 1990s. His study, which has been harshly disputed in pro-gun-control quarters, indicated that there were more than 2.2 million such defensive uses of guns (DGUs) in America a year.

Now Kleck has unearthed some lost CDC survey data on the question. The CDC essentially confirmed Kleck’s results. But Kleck didn’t know about that until now, because the CDC never reported what it found.

Kleck said he found that the agency asked about defensive uses for guns in its Behavioral Risk Factor Surveillance System (BRFSS) in 1996, 1997, and 1998.

The CDC survey, which Kleck said was “high-quality,” asked respondents: â€œDuring the last 12 months, have you confronted another person with a firearm, even if you did not fire it, to protect yourself, your property, or someone else?â€

According toÂ Reason, the survey asked respondents to exclude “incidents from occupations, like policing, where using firearms is part of the job.” Also, the survey leaves out instances where guns were used defensively against animals. 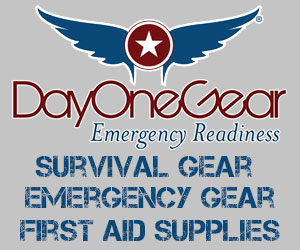 One key point that Kleck noticed was that the only people who were asked that question were people who admitted to owning guns. This is a problem because Kleck found in his surveys that â€œ79 percent of those who reported a DGU â€˜had also reported a gun in their household at the time of the interview.â€™â€ Because of this, Kleck argues that the CDC’s numbers needed to be rounded up…

Kleck, in conducting his own research, has long asserted that defensive gun uses far and away exceed the number of times they are used in crimes, but gun control advocates have always attacked his methodology and veracity.

So he said he was quite surprised to discover that the CDC had also confirmed his earlier research.

“This estimate, based on an enormous sample of 12,870 cases (unweighted) in a nationally representative sample, strongly confirms the 2.5 million past-12-months estimate obtained Kleck and Gertz (1995). …. CDC’s results, then, imply that guns were used defensively by victims about 3.6 times as often as they were used offensively by criminals,”Â The Daily Wire reported.

I’m not surprised that they are. Guns have always been used far more for self defense than crime since they were common among the citizenry, just based on the fact that far more people are good than evil. This is what I don’t like about anti-gunners; they say that less guns will equal less violence, but that just isn’t the case. More guns in the hands of good people is what’s going to ultimately stop violence more than passing laws which give more power to the state.