GOP lawmaker: Rod Rosenstein ‘may be under investigation’ for his supervision of Uranium One case (Video)

(National Sentinel)Â Probe: A Texas Republican said on Sunday that it’s possible that Deputy Attorney General Rod Rosenstein is currently under investigation for his role in supervising a Justice Department and FBI probe into the sale of Uranium One to a Russian company during the Obama administration.

In an interview withÂ Fox Business host Maria Bartiromo on Sunday, Rep. Louis Gohmert also said he would have no problem “impeaching” Rosenstein because he’s a “problem.”

“So, I have no problem with impeaching Rosenstein. He is a problem. He needs to step down. But, heâ€™s not going to because heâ€™s got to cover for himself and for Mueller in the Uranium investigation.â€

.@replouiegohmert: "I have no problem with impeaching Rosenstein. He is a problem. He needs to step down." pic.twitter.com/2v2Lr3O3ur

Earlier reports noted that prior to the Obama administration’s approval of the controversial deal in 2010, which gave Russia control over 20 percent of all strategic U.S. uranium reserves, the FBI had evidence that Russian nuclear industry officials were getting kickbacks and were involved in bribery, extortion, and money laundering in order to benefit President Vladimir Putin.

The investigation was supervised by then-U.S. Attorney Rosenstein, and then-Assistant FBI Director Andrew McCabe, who has since been fired by Attorney General Jeff Sessions for lying repeatedly to investigators and department officials. Current special counsel Robert Mueller was head of the FBI at the time as well and even hand-delivered a uranium sample to Russia before the deal was finalized,Â The Gateway PunditÂ reported, citing various sources. 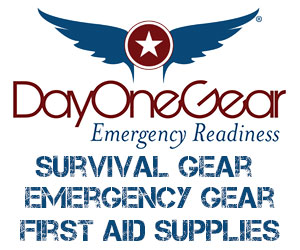 As reported by political operative Dick Morris, writing in The Western Journal, the attorney for FBI informant William D. Campbell said her client informed congressional committees that the Russians â€œbragged that [Bill and Hillary Clintonâ€™s) influence in the Obama administration would ensure CIFUS (Committee on Foreign Investments in the United States) approval for the Uranium One deal.â€

According to an FBI informant in the case, President Obama was briefed at least twice but failed to stop the deal.

In October the informant, identified as William Campbell, came forward with details of a story of backroom dealing and quid-pro-quo arrangements involving several Obama administration figures along with Bill and Hillary Clinton.

FBI agents in the Little Rock, Ark., office have reportedly interviewed Campbell, a key witness in the Uranium One deal, as they continue investigating alleged corruption involving the Clintonâ€™s foundation.

According to investigative reporter Sara A. Carter, Victoria Toensing, an attorney representing Williams â€” who spent more than six years undercover collecting information about the Russian energy and uranium market â€” disclosed the information in a letter seeking retractionÂ of an article byÂ The Hill on Thursday that was based solely on a Democrat memo that attacked Williamsâ€™ credibility.