Trump-GOP tax cuts BOOSTING growth and almost PAYING for themselves

(National Sentinel)Â So Much Winning: Despite claims from Democrats and even some Republicans who voted for last winter’s historic tax cuts and reform legislation that it would stifle growth and add to the deficit, new data indicate just the opposite. 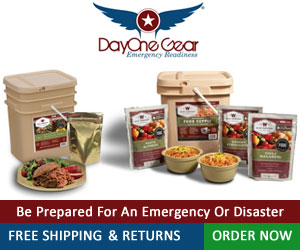 The cuts are sparking a growth spurt and are very nearly paying for themselves, meaning they aren’t responsible for massive increases in the national debt,Â Investors Business Daily reports.

When the Congressional Budget Office released its updated budget forecast, everyone focused on the deficit number. But buried in the report was the CBO’s tacit admission that it vastly overestimated the cost of the Trump tax cuts, because it didn’t account for the strong economic growth they would generate.

“Underlying economic conditions have improved in some unexpected ways since June,” the CBO says. Unexpected to the CBO, perhaps, but not to those of us who understood that Trump’s tax cuts and deregulatory efforts would boosts growth.

Now, the CBO is predicting that because of the cuts another $6.1 trillion will be added to gross domestic product by 2027. Also, the report notes that the tax cuts are largely paid for:

But it goes on to say that higher rate of GDP growth will produce $1.1 trillion in new revenues. In other words, 65% of the tax cuts are paid for by extra economic growth.

This runs counter to the narrative being touted by the establishment media and even some Republicans, such as retiring Sen. Bob Corker of Tennessee.

Commenting on reports that the tax bill could add $1.9 trillion to the U.S. debt, Corker said,Â â€œIf it ends up costing what has been laid out here, it could well be one of the worst votes Iâ€™ve made.”

He added: “I hope that is not the case, I hope thereâ€™s other data to assist, whether itâ€™s jobs or growth or whatever.”