(National Sentinel) False Flag: A journalist for theÂ BBC is accusing Syrian rebels backed by the United States of staging the bodies of dead children in an attempt to whip up emotional sentiment throughout the West. 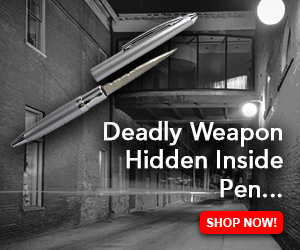 The accusation, contained in a tweet, comes amid allegations by Washington that the regime of Syrian President Bashar al-Assad was responsible for a chemical weapons attack against a rebel-held enclave nearly a week ago.

President Donald J. Trump has promised the U.S. response against the Syrian government as retribution for the attack.

Yesterday a BBC journalist (see above) posted a rare admission that #Syria rebels & activists are manipulating photos of dead #Douma children for western media propaganda purposes. Today the BBC journalist has deleted his tweet but, for the record, a screen shot of it is here pic.twitter.com/MvZ9OjHV5P

“Sick and tired of activists and rebels using corpses of dead children to stage emotive scenes for Western consumption. Then they wonder why some serious journos are questioning part of the narrative,” he wrote.

Charles Shoebridge, a former British Army officer, Scotland Yard detective and counterintelligence official, noted, “With it becoming ever more hard to deny, a sign that at least some in US UK mainstream media are now willing to admit that US UK backed #Syria rebels & activists have long been creating and manipulating content for US UK media consumption.”

He noted further: “A ‘chemical attack’ that for Assad makes no military or political sense, just after Trump announced US withdrawal, and exactly one year after US attack following.”

Dalati eventually deleted his tweet, but Shoebridge captured it, as seen above.

The chemical weapons attack on civilians in the Syrian town of Douma was staged and filmed by members of the White Helmets organization, First Deputy Chief of the Russian General Staffâ€™s Main Operations Department Lieutenant General Viktor Poznikhir told reporters on Wednesday.

In one tweet, Shoebridge alluded to the White Helmets being implicated in the attack.

As always, US UK funded #Syria #WhiteHelmets 'rescuers' the primary news sourcehttps://t.co/N47hce9Y5r
A 'chemical attack' that for Assad makes no military or political sense, just after Trump announced US withdrawal, and exactly one year after US attack following #KhanSheikoun

Al Jazeera reported that the Syrian government called the attack a fabrication.

What some people won’t do to get the US and Russia to destroy each other, all the while wiping out the Syrians, grabbing their oil, gas, and land, and then creating some huge sob story to get us to believe it was all necessary. This world makes me PUKE !!

I have never believed that Assad was responsible for the so-called chemical attacks perpetrated on his people. This one, in particular, makes no logical sense at all. The rebels are quite good at staging scenes that they know will provoke the American sheeple. And I sure as hell hope we don’t end up going to war over it.

Sorry but those were real victims, not staged actors. I consider this FAKE NEWS !!