“It is claimed that the US Donald Cook-named destroyer left Cyprus’s Larnaca port and landed near Syrian territorial waters. It was claimed that the missile destroyer named ‘Arleigh Burke’ class Donald Cook (DDG-75) reached Tallus 100 kilometers and had 60 Tomahawk fuses on board,” noted a translation of the story.

A U.S. Navy source confirmed the Donald Cook’s deployment with theÂ Washington Examiner, who noted that the warship finished a port call in Cyprus and sailed to its present position as the Trump administration decides how to respond to the chemical attack.

About a year ago, Trump ordered a Tomahawk strike against a Syrian airbase after the Assad regime used chemical weapons to attack a rebel-held enclave, similar to what the regime is accused of doing over the weekend.

U.S. military planners have drawn up more than one option for possible military action against Syria, including a strike similar to last yearâ€™s attack in which 59 sea-launched cruise missiles inflicted heavy damage on a Syrian Air Force airfield in Homs.

Pentagon officials, speaking on condition of anonymity, said the options now are similar to those presented to President Trump after last yearâ€™s chemical attack in northern Syria that killed and injured hundreds of civilians, including women and children. 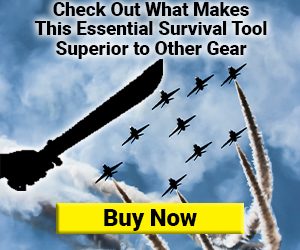 But officials said the president could decide to choose a more robust option this time, given that Syrian President Bashar Assad didnâ€™t seem to get the message last time.

It’s also noteworthy to mention that as of April 5, according to geopolitical analysis firm Stratfor, no additional U.S. naval assets were in the vicinity of the Donald Cook.

Meanwhile, Russia’s tone has turned aggressive, as well as its actions. As noted byÂ Reuters:

Russian U.N. Ambassador Vassily Nebenzia said on Monday that Moscow has warned the United States of â€œgrave repercussionsâ€ if it carries out an attack against Syrian government forces over reports of a deadly chemical weapons attack.

â€œThrough the relevant channels we already conveyed to the U.S. that armed force under mendaciousÂ pretext against Syria â€“ where, at the request of the legitimate government of a country, Russian troops have been deployed – could lead to grave repercussions,â€ he said.

“#BREAKING now intensive flights of Russian aircrafts along the Syrian coast & over Khmeimim base, in addition to the intense flights of military aircrafts belonging to the Assad regime in the sky of Homs. There is great anticipation from Assad and Russia for a possible blow.#USA,” tweeted Eva J. Koulouriotis, a Middle East political analyst.

#BREAKING
now intensive flights of Russian aircrafts along the Syrian coast & over Khmeimim base, in addition to the intense flights of military aircrafts belonging to the Assad regime in the sky of Homs. There is great anticipation from Assad and Russia for a possible blow.#USA pic.twitter.com/isYVMsosje