(National Sentinel) While American Leftists in academia and the popular culture have long played the role of “speech police” in deciding, arbitrarily, what is and is not ‘acceptable’ to say or write in public, one state senator in California wants to make policing speech an official function of Sacramento. 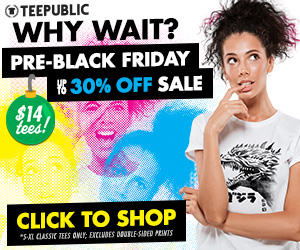 Sen. Richard Pan, a Democrat and long-time practitioner of authoritarian Leftism, has introduced a bill that would force online publishers to utilize state-approved fact-checkers in order to filter content before it is posted.

“This bill would require any person who operates a social media, as defined, Internet Web site with a physical presence in California to develop a strategic plan to verify news stories shared on its Web site,” a summary of the legislation says.

Pan is no stranger to authoritarian Leftism. A physician by trade, he was behind SB 277 in 2015, a measure requiring mandatory vaccinations of all children in the state, even those whose parents objected to vaccinations due to religious beliefs or personal convictions. It passed.

Now, given the state of tussle between conservative publishers and the Left-wing social media giants, the latter of whom are banning right-leaning voices daily, anyone who thinks this bill is about anything other than shutting down contra-Marxist thought and pro-Trump messaging is fooling themselves.

As to the chances of this bill surviving a federal court challenge, we’d say they are pretty bad.

While recent federal court rulings have indicated that social media companies — private in nature — are permitted to regulation speech according to their own rules and ‘community standards,’ governments are not permitted under the First Amendment to regulate (ban) speech.

That includes states since the incorporation doctrine requires the Bill of Rights to apply to them as well as the federal government.

But just the fact that Left-wing Democrats are now moving to limit opposition speech in the first place ought to scare the hell out of any American, regardless of political persuasion. That’s the stuff of tyrants and dictators.

The founders were adamant when it came to speech and the press: There shall beÂ no regulation of same by governments.

Shame on Pan for even filing this legislation.

Our media already equals Pravda in propaganda. Now they want to erase the First Amendment. Pan wants to silence debate. Pan wants to have complete control over the narrative. Next he will burn the books and we will be forced to memorize them ala Fahrenheit 451. This senator and anyone that agrees with him must be voted out!