(National Sentinel)Â Truth Bomb: The Left-leaning online and TV media blasted a message the right-leaning Sinclair Broadcasting Group instructed all of its local news anchors to read on the air assuring viewers that they don’t traffic in “fake news.”

As reported byÂ The Daily Caller, the script all news anchors were instructed to read was essentially “criticizing the nationâ€™s current deficiency in media ethics.”

The news site noted that many liberal outlets such asÂ Deadspin blasted the script by claiming it was turning its news anchors into â€œsoldiers in Trumpâ€™s war on the media.”

One local producer, Justin Simmons, resigned in protest, tellingÂ CNN — which has itself been guilty of publishing fake news regarding the Trump administration –Â the ad was â€œalmost forcing local news anchors to lie to their viewers.” 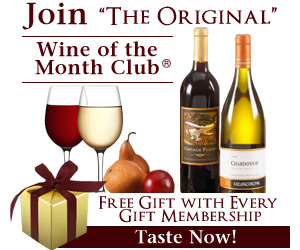 But the language of the promo itself seems totally innocuous, claiming that the â€œtruthâ€ is â€œneither politically left nor right.â€ These are statements that would be praised were they said by MSNBCâ€™s Rachel Maddow or even Hillary Clinton, but itâ€™s being derided as malicious coming from a right-leaning source.

As for Simmons, he claimed that Sinclair has an “obvious bias,” but asÂ The DC noted, it

Simmons claimed Sinclair had an â€œobvious bias,â€ but it turns out that he is not an apolitical journalist.

“He is a liberal activist who has organized a Black Lives Matter protest and participated in protests against Speaker of the House Paul Ryan in 2016,” the news site noted.

Others who supported the Sinclair announcement said it was nothing more than informing viewers of its stations that its coverage of news and events is unbiased and focused only on what is verifiable and valid.

Lefty motherfu*kers !! Get real, you asswipes. We Conservatives are not takin’ your CRAP anymore !!