(National Sentinel)Â Unprecedented:Â The Justice Department has agreed to provide the House and Senate intelligence committees access to surveillance warrants that were granted by the secretive FISA court against former Trump campaign adviser Carter Page, in what the DoJ calls “extraordinary accommodation.” 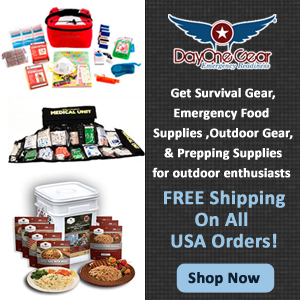 Earlier this week Nunes threatened to sue the DoJ if it failed to provide all committee members access to the four warrants, which were granted in 2016 and 2017 by the FISA court.

In addition, Nunes is demanding the FBI hand over an internal document known as an Electronic Communication, or EC, “which laid out the basis for the bureau’s investigation into possible Trump campaign collusion with the Russian government,” The DC reported, adding:

Nunes and other congressional Republicans have accused the DOJ and FBI of abusing the FISA process by relying on the unverified Steele dossier to obtain the warrants to spy on Page. Republicans also want to view the EC in order to see whether the FBI cited the dossier in the beginning stages of the Russia probe.


The DoJ has already allowed two House Intelligence Committee members to view the documents, The DC reported — Minority Leader Rep. Adam Schiff, D-Calif., and Rep. Trey Gowdy, R-S.C., whom Nunes designated to act on behalf of Republicans on the committee.

Nunes said in a letter earlier this week that he asked the Justice Department’s Office of Legislative Affairs on four occasions in February to provide the applications to the entire committee, but the DoJ responded on Feb. 26 denying his requests.

The committee leader’s letter threatening legal action this week, however, seems to have forced the DoJ to respond.

â€œThe Department and the FBI agree to permit all members of the Committee to review the FISA applications and renewals in camera at the Department,â€ reads Fridayâ€™s letter, which Assistant Attorney General Stephen Boyd sent to Nunes.

â€œThe Department considers this an extraordinary accommodation based on unique facts and circumstances. We are also extending this review opportunity to the members of the Senate Select Committee on Intelligence,â€ the letter continues.

My hat’s off to Nunes, a real hero, who must be defying Ryan.

The DOJ under coverup operator Sessions violates its legal obligations, and only provides documents when pressured with threats. Will it be redacted?

A good strategy is to ask for documents and immediately prepare lawsuits each time. File a motion to impeach Rosenstein. No more chances.

What is extraordinary is the DOJ violating the law as part of its coverup, with leadership complicit in the criminal conspiracy.