(National Sentinel)Â Anti-Gun Activism:Â Though the mainstream media portrayed Saturday’s “March for Our Lives” anti-gun protests held in cities all across the country as student-led, they were in fact planned and promoted by a faction of the Democratic National Committee.

As noted byÂ The Gateway Pundit, the events were organized, in part, by the Left-leaning “Everytown for Gun Safety,” a group founded by former New York City mayor and financial news founder Michael Bloomberg.

That organization is funded largely by “Act Blue,” which itself is a fundraising vehicle for the Democratic National Committee,Â The Gateway PunditÂ reported. The Pundit noted further that initially, the March for Our LivesÂ Wikipedia page had listed an association with the Democratic National Committee, but that shortly after the association was made public, it was scrubbed from the page. 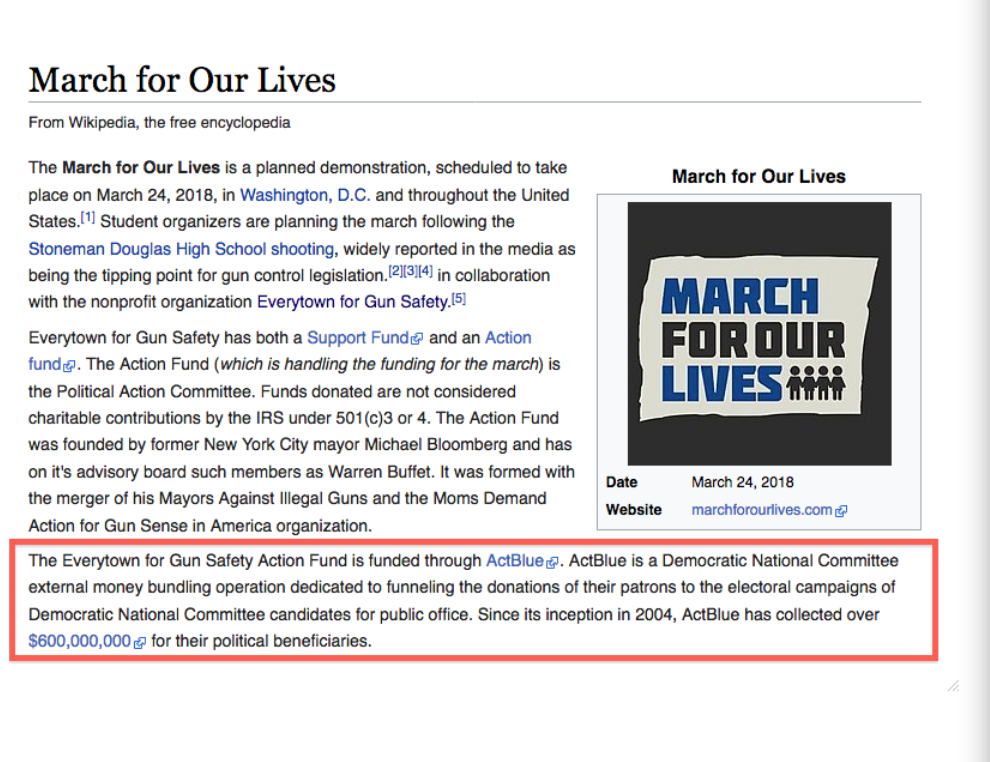 
Free speech is under attack by the social media giants Facebook, YouTube and Google â€” stay fully informed at Censored.news.

Let them waste their time and money. We are AMERICANS and we are not giving up our guns like Australia did. This country was created and defended by way of the gun, and so it shall stand forever !! If they force the issue, we WILL defend. They want civil war, but we are wayyyyy smarter than they think. We KNOW our enemy well and if any kind of conflict breaks out, it will BE with THAT enemy we will wrangle and not with each other. Think carefully about how you proceed.

Not only are the “tolerant” intolerant, but don’t know how to pick up after themselves. I guess their mommy and daddy never taught them how to take responsibility for their actions and live responsibly. That tends to open the door to all sorts of foolishness and idiotic nonsense. What a shame some have become!