(National Sentinel)Â FISA Abuses: As expected, the so-called “FISA memo” was released on Friday, revealing serial abuses of the Foreign Intelligence Surveillance Court by upper echelon officials in the FBI and Justice Department to prevent Donald J. Trump from becoming president, and to undermine him after he defeated Hillary Clinton in November 2016.

PerÂ Fox News, as many suspected, the discredited and unverified “Trump dossier” was used not once but on three separate occasions to secure a FISA court surveillance warrant to allow the Obama administration to spy on Team Trump during his campaign.

In addition, Hillary Clinton, U.S. media outlets, and ranking officials within DOJ and FBI including former FBI Director James Comey, former deputy director Andrew McCabe, and Deputy Attorney General Rod Rosenstein were all aware that the dossier was a political document, not a serious piece of intelligence work, the memo explains.

As Fox News reported, the four-page memo [which you can read here] also â€œincludes testimony from a high-ranking government official who says without the infamous Trump dossier, the FBI and DOJ would not have secured surveillance warrants to spy on at least one member of the Trump team.â€

The memo pointed out that in December 2017, then-FBI deputy director Andrew McCabe testified that â€œno surveillance warrant would have been soughtâ€ from the FISA court â€œwithout the Steele dossier information.â€

The memo also states that DOJ and FBI officials used media reporting on the Trump-Russia collusion allegations to bolster their case for a FISA court warrant. That is a substantial revelation because the memo also talks about how the dossierâ€™s creator, former British spy Christopher Steele â€” who was commissioned by Fusion GPS to assemble the dossier â€” briefed a number of media outlets on its contents over the summer of 2016, as Trump gained steam.

The memo also shows that Steele was eventually cut off from the FBI for being chatty with the media. It says he was terminated in October 2016 as an FBI source â€œfor what the FBI defines as the most serious of violationsâ€”an unauthorized disclosure to the media of his relationship with the FBI.â€

The memo implicates a massive conspiracy involving Steele, Fusion and the Hillary Clinton campaign, which paid for the dossier through a third party law firm, Perkins Coie. â€œSteele was a longtime FBI source who was paid over $160,000 by the DNC and Clinton campaign, via the law firm Perkins Coie and research firm Fusion GPS, to obtain derogatory information on Donald Trump’s ties to Russia,â€ it continued.

Even after he was terminated by the FBI, Steele continued to have a relationship with then-Associate Deputy Attorney General Bruce Ohr. Ohrâ€™s wife Nellie began working for Fusion GPS, the firm behind the dossier, as early as May 2016.

According to the memo, Steele told Ohr that he â€œwas desperate that Donald Trump not get elected and was passionate about him not being president.â€ But it says the FISA application process â€œignored or concealed his anti-Trump financial and ideological motivations.

â€œThis clear evidence of Steeleâ€™s bias was recorded by Ohr at the time and subsequently in official FBI files â€“ but not reflected in any of the Page FISA applications,â€ the memo reads.

“The memo clearly states that the dossier was a political document â€” opposition research commissioned by Fusion GPS and paid for by the Hillary Clinton campaign and that everyone involved in approving the FISA court applications knew the document was political research, not hard-and-fast intelligence gathered by legitimate U.S. spies,” said J. D. Heyes, editor-in-chief ofÂ The National Sentinel.

“So Comey, Rosenstein, Yates, McCabe, and others were clearly in on the conspiracy to frame President Donald J. Trump and his campaign with a bogus ‘Russia collusion’ story,” he added.

As expected, Trump was critical of the effort to frame his campaign personnel and saddle his administration with what now appears to have been a direct political effort to undermine him. 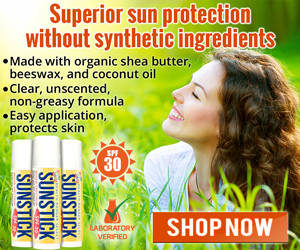 â€œA lot of people should be ashamed of themselves,â€ he said.

“The top Leadership and Investigators of the FBI and the Justice Department have politicized the sacred investigative process in favor of Democrats and against Republicans – something which would have been unthinkable just a short time ago. Rank & File are great people!” Trump tweeted earlier.

The memo notes further that the original FISA court warrant was sought for Trump campaign official Carter Page, and was originally granted in October 2016. It was subsequently renewed two additional times, with officials relying primarily on the unsubstantiated and salacious Trump dossier.

Page, who served as Trump’s foreign policy advisor until September 2016,Â had come under FBI scrutiny in 2014 for his contact with Russian agents, and he admitted more recently to taking a trip to Russia in 2016 while he worked on Trumpâ€™s campaign, Slate reported. Page has not been charged with any wrongdoing. But the fact that he came under FBI scrutiny nearly four years ago and was never charged with a crime or with espionage is troubling to many critics of the surveillance.

“The brave and assiduous oversight by Congressional leaders in discovering this unprecedented abuse of process represents a giant, historic leap in the repair of Americaâ€™s democracy,” Page said in a statement to Business Insider. “Now that a few of the misdeeds against the Trump Movement have been partially revealed, I look forward to updating my pending legal action in opposition to DOJ this weekend in preparation for Mondayâ€™s next small step on the long, potholed road toward helping to restore law and order in our great country.”

[…] â€œThe Nunes memo was dishonest,â€ said Kris. â€œAnd if it is allowed to stand, we risk significant collateral damage to essential elements of our democracy.â€ (Related: â€˜The crazies were right, and I was wrongâ€™: Former federal prosecutor speaks of â€˜rogueâ€™ FBI & FISA court abuses.) […]

[…] â€œTheÂ Nunes memoÂ was dishonest,â€ said Kris. â€œAnd if it is allowed to stand, we risk significant collateral damage to essential elements of our democracy.â€Â (Related: â€˜The crazies were right, and I was wrongâ€™: Former federal prosecutor speaks of â€˜rogueâ€™ FBI & FISA court abuses.) […]