The Center for Immigration Studies, which advocates for a reduction in legal immigration and pushes for assimilation of the current immigrant population in the U.S., said it found that of those convicted of federal crimes between 2011 and 2016, 44.2 percent were not U.S. citizens.

If immigration crimes are excluded, 21 percent of convicts were not U.S. citizens â€“ 2.5 times the non-citizen share of the population, CIS analysts — who relied on U.S. Sentencing Commission data –Â said.

“These new numbers show that, at least at the federal level, non-citizens are more likely to commit crimes than non-citizens,” Dr. Steven Camarota, the center’s director of research and author of the analysis, said.

“Of course, it is hard to speak unequivocally about immigrant crime in general as states and localities do not systematically track the country of birth, citizenship, or legal status of those they arrest, convict, or incarcerate,” he noted further.

He said that most lawbreaking occurs at the state and local level, and as such, it’s not practical to simply extrapolate generally about illegal immigrant federal crimes.

“Nonetheless, federal law enforcement is still enormous, with 312,000 people (67,000 of them non-citizens, both legal and illegal) sentenced in the federal courts between 2011 and 2016, excluding immigration violations,” he wrote in his analysis.

“And in the federal system, where we do have good data, non-citizens account for a disproportionate share of those who are sentenced for many different types of non-immigration crimes.”

The report comes as President Donald J. Trump and Congress work on legislation pertaining to the fate of DACA, or Deferred Action on Childhood Arrivals, an Obama-era policy initiated by executive order that protected some 700,000-800,000 illegal aliens brought into the country as children by their parents.

Obama implemented the policy in 2012, but Trump rescinded it in September, giving Congress six months to come up with a legislative fix.

A federal court on Tuesday issued a temporary injunction against rescinding the program until lawsuits filed by outside groups in support of keeping it in place work their way through the legal system.

As for the fate of DACA, Trump met with Republican and Democratic leaders at the White House on Tuesday to discuss immigration reform that was open to reporters. Democrats are pushing for a “clean” DACA bill that legalizes those who fall under the policy, with an eventual path to citizenship.

But that clashes with Trump’s campaign pledges, where he promised to deport DACA recipients and all illegal aliens, as well as build a border wall between the U.S. and Mexico.

Conservative pundits reminded the president of his pledges throughout the day, with one –Â Fox News‘ Tucker Carlson — going so far as to question why Trump ran if he’s not going to push for the immigration reform measures he promised on the campaign trail.

â€œAmnesty for DACA recipientsÂ is the only leverage the White House has. Once the president agrees toÂ let them jump to the head ofÂ the line, ahead of millionsÂ of other people hoping toÂ come here legally, theÂ negotiation is over,â€ Carlson said. 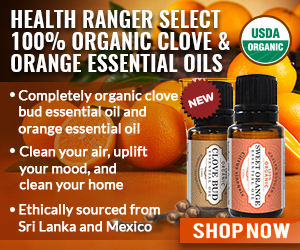 â€œAt that point, why would Democrats agree to anything? Ending chain migration, theÂ diversity lottery,Â supporting a merit basedÂ system that might actuallyÂ help America? No chance.â€