(National Sentinel)Â Selfless Sacrifice:Â A brave mother of four was killed by Texas church murderer Devin Kelley when she used her own body to shield her children from gunfire.

“â€¦ You were soooÂ strong today, babeâ€¦ shielding your babies from the shooter like you did today â€“ WOW! â€˜No greater love hath a man than this, that he may lay down his life for another,’â€ Joann Wardâ€™s friendÂ Vonda Greek Smith wrote on her Facebook page.

Kelley’s rampage left 26 people dead when he stormed the Sutherland Springs church on Sunday. About 50 attended the church service.

As soon as gunfire rang out, witnesses said, Ward immediately pushed her oldest daughter, Rihanna, to the floor, theÂ Fort Worth Star-Telegram reported. Then she embraced her three younger kids, shielding them from the rain of bullets fired by Kelley.

TheÂ New York Post reported that her husband, Chris, was not in church with his family that morning because he had worked the night before. Initial reports claimed that Chris Ward was the actual shooter.

Subsequent reporting noted that Michael Ward, his brother, awakened him with the terrible news. 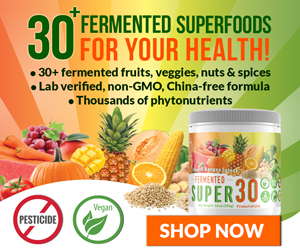 Brooke Ward, 5, died at the scene. Emily Garza, 7, was transported to a hospital, but later died from a severed artery, the New York Daily News reported. Rihanna, 9, survived the attack.

“I didnâ€™t get shot because I was hiding, and Momma covered Emily, Ryland and Brooke,â€™ Rihanna, who had her glasses shot off her face but survived the attack, said, according to Vonda Greek Smithâ€™s Facebook post.

Chris and Michael Ward sprinted to the scene and began pulling out bodies. They both found Joann and Broke dead.