(National Sentinel)Â Vietnam War: Nearly five decades afterÂ a former Green Beret who saved the lives of his fellow soldiers during a Vietnam War mission the Army refused, at one time, to even acknowledge, President Donald J. Trump awarded him the Medal of Honor.

Gary “Mike” Rose, 69, of Huntsville, Alabama, was recognized for risking his life while serving as a medic during a firefight in Laos in September 1970 while serving with the 5th Special Forces Group. Because Laos was officially neutral in the conflict at the time, the mission was not officially acknowledged by the Pentagon. 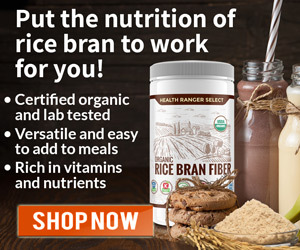 â€œThis medal and the presidential citation, it honors what the (Vietnam-era veteran) had done,â€ Rose, who was wounded in the firefight, told reporters on Friday.Â â€œThey were asked to do a very difficult thing and they did it. They fought hard and, unfortunately, many didnâ€™t make it back. This honors them. We stand up for them and are a focal point in that honor.â€

At the time of the mission, Rose said he and his fellow Green Berets knew something was going to be different.

â€œWe were carrying heavy loads of ammunition: extra machine gun, extra grenades â€” God, everything else,â€ he toldÂ ABC News. â€œSo I knew something was up. I mean, it doesnâ€™t take a genius to figure that out.â€

After four days of combat, every member of the unit had been wounded.

â€œThe ground fire from the anti-aircraft was just horrendous at that time,â€ Rose said. â€œThe Marines were taking a pounding there.â€

According to his citation, Rose was honored for running into the gunfire to provide medical care to wounded men. In addition to shielding wounded men with his own body, he was also credited with saving the lives of a helicopter crew sent in to extract his team, but which was shot down by the enemy.

“Mike, this is serious stuff,” the president said. “This was not a good four days.”

â€œThe actions that Mike performed during that operation, you canâ€™t imagine it, you canâ€™t put it into words,â€ McCarley said. â€œWe were going into an area that U.S. forces had not been in. â€¦ Had we not come out the day we were extracted, we probably would not have left.â€

For Rose, he said he was just doing what was expected of him.

â€œMy job was to focus on the individuals that were hurt,â€ he said Friday, according toÂ Fox News.â€œWhen you focus, you donâ€™t concern yourself on getting hurt or killed. You just have to do your job and keep going down the road.â€

Trump had high praise for Rose as well.

“Your will to endure, your love for your fellow soldier, your devotion to your country inspires us all,” Trump said Monday. “I have to tell you, that is something. Nations are formed out of the strength and patriotism that lives in the hearts of our heroes.”