Bergdahl pleads guilty to desertion and misbehavior before the enemy 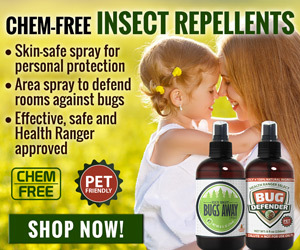 In court, Bergdahl made it clear he knew exactly what he was doing and that it was disgraceful and wrong.

“I left my observation post on my own” in Afghanistan, he said, as reported byÂ CNN. “I understand leaving was against the law.”

In addition, he also told the court that he now realizes that what he did forced other troops to put themselves in danger by searching for him.

And like everyone else these days, Bergdahl is blaming President Donald J. Trump — in this case, for making a fair trial impossible.

“We may as well go back to kangaroo courts and lynch mobs that got what they wanted,” he said in an interview thatÂ ABC News aired on Monday. “The people who want to hang me, you’re never going to convince those people.”

Convince them ofÂ what, Sgt. Bergdahl? You just admitted youÂ deserted your post, and in so doing, deserted your fellow soldiersÂ and your country, both of whom placed trust in you to do the right things.

Granted, inÂ August 2015, Trump calledÂ Bergdahl a â€œdirty, rotten traitor.â€ And he also tweeted in 2015 same year that he believes that Bergdahl should â€œface the death penaltyâ€ for deserting his post in Afghanistan, according to Fox News.

But there was a time in American when Army desertersÂ did face death — usually by firing squad. We don’t see Bergdahl facing the same punishment, however.

Maybe that’s what he meant by “lynch mobs” and “kangaroo courts.” Then again, there’s nothing else to conclude when you desert your post other thanÂ desertion. There’s not much to deliberate there.

The inability of many younger people today to accept responsibility for their own actions is mind-boggling.

Yes, that is exactly what we need to bring back, the firing squad and the hangs man rope. This was used to put fear in the individual to deter their unlawful and evil ways. We have done away with this type of sentencing because to some people this is inhuman. I say, bullshit, lets bring both back and start using it on individuals in Washington DC that have blandly broken the law of the land for personal gain.

All morons.The whole division of local national federal and global little conmunists plots of two handed opposing forces ser ing one head are just morons blind and stupid too how they are used and abused in serving divide and conqer by the one per cent eho are the head of tbe beast that loves only omey and materialusm and hates both truth and beuty.