(National Sentinel)Â Race-Based Shootings: The far-Left “mainstream” media is filled with firearms illiterates who are politically predisposed to oppose private ownership of firearms, two realities that make for intentionally false and racially inflammatory reporting on the issue of mass shootings. 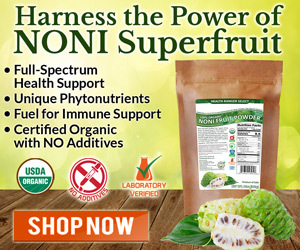 As reported by theÂ Washington Times, the media claim that there have already beenÂ 300 mass shootings this year is dependent in every way on just how you look at the findings:

In the aftermath of the Las Vegas massacre, left-leaning media outlets have been playing fast and loose with the data on mass shootings to inflate their number and suggest that white men make up a disproportionate share of the perpetrators.

John R. Lott, founder and president of the Crime Prevention Research Center, said the left uses an overly broad definition to capture gang violence and other incidents not typically considered to be mass shootings.

â€œItâ€™s two different types of shootings weâ€™re talking about: mass public shootings and shootings that occur in a public place as part of some other crime, like gang fights,â€ Lott, author of â€œThe War on Guns: Arming Yourself Against Gun Control Lies,” told the paper.

â€œSo when they want to emphasize that theyâ€™re committed by whites, they use the traditional definition of mass public shootings, like the Las Vegas attack that we just had. But when they want to make people think that this happens all the time, then they use a different definition,” he added.

On Oct. 2, the day after the Las Vegas gunman left 58 dead and 489 injured, The New York Times editorial board published a graphic purporting to show 521 mass shootings over the previous 477 days.

The newspaper of record cited the Gun Violence Archive, an increasingly influential authority on the topic that defines â€œmass shootingâ€ as an incident in which four or more people are â€œshot and/or killed.â€

By the archiveâ€™s count, 277 mass shootings have been carried out this year.

In a word, that figure isÂ bogus. Just a simple scan of the headlines since January proves that’s a lie and a politically, racially motivated lie at that designed to cause maximum division and anger among Americans — as if there isn’t enough already.

Nevertheless, the figure was cited last week in a CNN op-ed titled â€œHow America has silently accepted the rage of white men.â€ The op-edâ€™s author, Naaz Modan, a content editor at Muslim Girl, argued that the almost-daily mass shootings are a â€œwhite manâ€™s problem.â€

So now not only are whites suffering character assassination by blacks and Hispanics, they now have to be similarly lectured by aÂ Muslim woman — even asÂ Muslim menÂ throughout the Middle East slaughter each other by theÂ scoresÂ every day.

The Marxist Left, in case you have yet to notice, is pulling out all the stops in its incessant drive to purge our country of all things traditional — our Anthem, our favorite sport, our flag, and our conservative, family-based culture. Their favorite tactic of choice is identity politics: Divide and conquer us along the lines of White People vs.Â everybody else, always painting the lowly, noble minority as the victim of ‘white abuse.’

Here at THS we’re frankly sick and tired of it. So we’re going to call these losers outÂ every chance we get because the last thing we’re going to do is surrenderÂ our country to these America-hating racists.

Spread the word to your friends, and tell them to visit us here, every day, all day, for we’re fighting the good fight: A war to end all wars, the American culture war.

And we don’t plan on losing.

All things traditional are not your anthem your flag and your sport.Thatsnew world riman imperialism taking over from the protestant pilgrims Christian values that pla ed God frst and did so ti protect the peoplr from autocracies especially from Rome.Just as England forbade any carholic to ever become King.