(National Sentinel)Â Left-wing Hate: You just knew that, sooner or later, some idiot Leftist would get around to blaming President Donald J. Trump for the horrific mass murder of 58 Americans last weekend in Las Vegas. 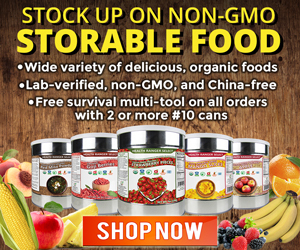 And, predictably,Â that has happened.

As reported byÂ Campus Reform, an instructor at the University of Nevada-Las Vegas, UNLV Assistant Professor Tess Winkelmann, told studentsÂ that â€œwhen he got elected, I told my classes three semesters ago, some of us wonâ€™t be affected by this presidency, but others are going to die. Other people will die because of this.â€

â€œI donâ€™t know whether these events would have inevitably happened whether or not he got elected, but he has the same rhetorical powers every president has, to encourage or discourage,â€ she continued. â€œSo far, all he has done is to encourage violence.â€

Winkelmann also accused the president of equating â€œright nationalismâ€ with â€œanti-racism,â€ referring to the presidentâ€™s comments on the violence in Charlottesville, VA.

One UNLV student, who spoke with Campus Reform on condition of anonymity, called the speech a â€œpolitically-driven rantâ€ to make the point that â€œPresident Trump somehow incited this violence.â€

â€œWe just experienced one of the worst mass shootings in U.S. History. Itâ€™s a mile [sic] away, and we donâ€™t know what happened, we donâ€™t know why it happened, and weâ€™re pushing political agendas, and thatâ€™s what this is about, taking advantage of the situation for political belief, when we should be uniting, healing as a community,â€ the student said.

“At every chance the President got, he condemned this violence. The professor is taking away from the dialogue that should be happening to attack the President,â€ the student added. â€œProfessors are in a position of trust, and theyâ€™re abusing it to promote their political ideology or agenda. I think itâ€™s dangerous when you blame the President for a massacre, and basically shut down students who disagree.â€

â€œI think it is despicable that a professor at an institute of higher learning, one that is located in the same city in which this attack occurred, would use her platform to spew such hatred and divisive rhetoric,â€ agreed another student, who also wishes to remain anonymous.

And isn’t it pathetic that these students have to remain anonymous over fears their grades would suffer if the Left-wing faculty got wind of their comments.

As the one student noted, for the recordÂ Trump never “equated”Â right nationalism withÂ anything, and in fact didÂ roundly condemn it. What heÂ did say is that the Left-wing Antifa thugsÂ are just as guilty of creating mayhem and violence, and in thatÂ he is 100 percent correct. How do we know? Because even the Obama administration thought so. Long before Trump called the group and its supporters out for theirÂ regularly-scheduled violence, the FBI and the Department of Homeland Security labeled the group a “domestic terrorism” organization.

Federal authorities have been warning state and local officials since early 2016 that leftist extremists known as â€œAntifaâ€ had become increasingly confrontational and dangerous, so much so that the Department of Homeland Security formally classified their activities as â€œdomestic terrorist violence,â€ according to interviews and confidential law enforcement documents As both agencies were aware, Alt-Left domestic terrorists have been attacking Trump’s supporters and every other conservative they can gang up on like the little cowards they are sinceÂ before Trump was even elected. In other words, if there are victims here, it’s the presidentÂ and his supportersÂ — not Leftist snowflakes who have been brainwashed by Marxist liberals like this disgusting excuse for a human being.

In fact, there may be some belief among law enforcement, as we reported, that the Vegas murderer, Stephen Paddock, may have had anti-Trump political motivations for his attack.

Is this piece of —- professor trying to imply that the 58 people killedÂ just a mile away from where she made her statement somehowÂ deserved it? Because it sure sounds that way.

Here’s the thing: The entire narrative surrounding Trump — that he’s a racist, bigoted, homophobic imbecile who condones violence — is a 110-percent manufacturedÂ lie by the Left so these vile “people” can justify making their outrageous statements. They remain so inconsolable after the most criminally investigated candidate in the history of the countryÂ lost to Trump as to be mentally unstable.

Because no sane, reasonable personÂ would say something so patently false and irresponsible like this.

And if anything,Â it is precisely these kinds of statements that are emboldening the next would-be mass murderer of Trump supporters and conservatives.

These people are nothing more than accessories to domestic terrorism with their inflammatory language. They ought to be held accountable for it.