(National Sentinel)Â Personal Finances: Slowly but surely, the U.S. economy is emerging from its Obama-induced slumber, with personal household wealth rising again this month to another new record. 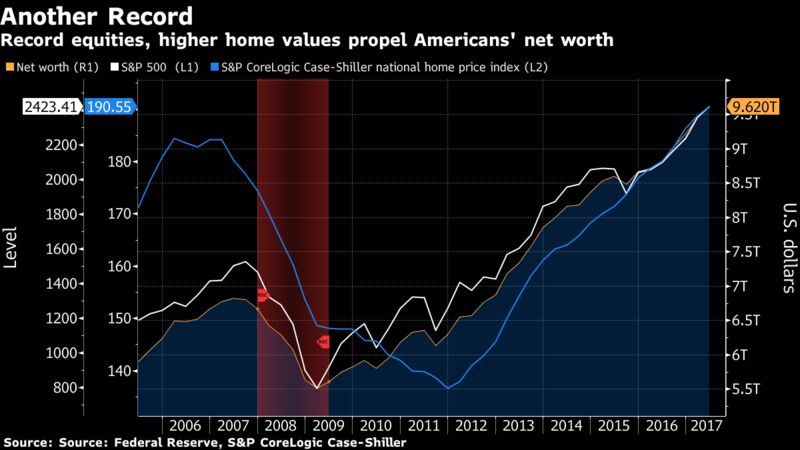 The increase in household wealth reflects steady growth in house prices, which were up 5.7 percent in June from a year ago, based on S&P CoreLogic Case-Shiller data, as well as a 2.6 percent riseÂ last quarter in the S&P 500 Index, which is hovering near a record high.

A strong job market and low inflation also are allowing Americans to improve their purchasing power, helping to sustain household spending, the biggest part of the economy. The report also showed companies had almost $2.3 trillion in liquid assets, giving them theÂ

As we noted last month, there has been a spate of reports over the summer indicating solid economic gains in the new Trump economy:

And with national debt now at the 20trillion level they’re only ten time’s more indebted than enriched.