(National Sentinel)Â Climate: When President Donald J. Trump kept a campaign promise to withdraw the United States from the so-called Paris Climate Accords because staying would be detrimental to Americans and the U.S. economy, the Left, on cue, went apoplectic. 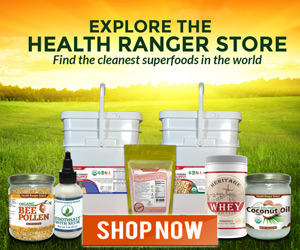 Because of Trump and his recklessness, the world was nowÂ certain to evaporate (someday) in a flash of heat and cattle farts, extinguishing all life in an instant…and finally,Â finally,Â melting those darned old stubborn polar ice caps.

We reported recently that the entire deal was nothing more than a gigantic transfer of wealth from rich countries to “developing” countries, and that the accords hadÂ almost nothing to do with so-called “global warming” and climate change, but rather served as worldwide welfare program.

Now, as noted byÂ Reuters, the Turkish government is considering pulling out of the deal as well because — wait for it –Â itÂ won’t be getting paid:

The U.S. decision to pull out of the Paris climate agreement means Turkey is less inclined to ratify the deal because the U.S. move jeopardizes compensation promised to developing countries, President Tayyip Erdogan said on Saturday.

Erdogan was speaking at the G20 summit in Germany where leaders from the world’s leading economies broke with U.S. President Donald Trump over climate policy, following his announcement last month that he was withdrawing from the accord.

Erdogan said that when Turkey signed the accord France had promised that Turkey would be eligible for compensation for some of the financial costs of compliance.

“So we said if this would happen, the agreement would pass through parliament. But otherwise it won’t pass,” Erdogan told a news conference, adding that parliament had not yet approved it.

The climate change alarmists and members of the Church of Global Warming will continue to believe the Left-wing lie that the Paris Accords were a real thing. But the truth continues to show itself: The entire scheme was nothing more than a big payout, whichÂ ought to make the global warming faithful ask the question: How, exactly, does transferring wealth affectÂ climate?

We won’t hold our breath.

Thank you. This was well written and I had a good laugh at the end. I completely agree with you as well. Climate “change” is a total farce.

Reblogged this on hocuspocus13 and commented:
jinxxó¾“¦xoxo